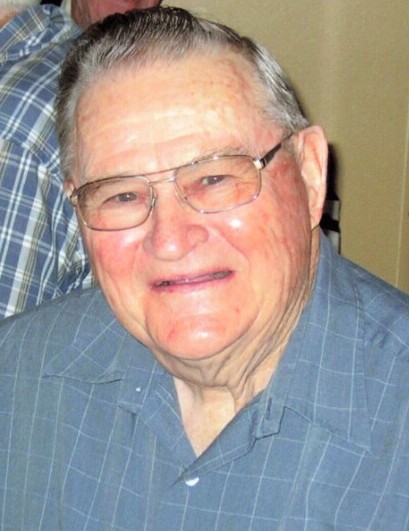 He passed away Thursday, November 5, 2020 at the Veterans Hospital in Fargo, North Dakota, surrounded by his immediate family.

He grew up and attended school in the Richville and Perham area.  Graduating from Perham High School in 1952.

After graduation he worked on the railroad for a year and then enlisted in the Air Force for 4 years.  He was stationed in Okinawa for 18 months working on the electrical systems of planes.  He was discharged in 1958 and returned home to Perham.

Jim attended Molar Barber College in Minneapolis, obtained his Barber license and moved to Moorhead and apprenticed at Dokken’s Barber Shop later buying the business and worked for himself for 50 years upon retirement in September of 2008.

On September 9, 1961, he married Sylvia Peterson in Egelund Church in Holmeville Township.  They moved to Moorhead where they raised their family.

Jim enjoyed time fishing and hunting, dancing especially polkas, watching and listening to sports, and spending time with his family.

He is survived by his wife, Sylvia; children Curt Shasky and Lorie (Troy) Gratke; grandchildren AJ and Chris Gratke; brother Robert (Marlene) Shasky; and several nephews and a niece as well as several great nieces and nephews.

To order memorial trees or send flowers to the family in memory of James Shasky, please visit our flower store.
Open