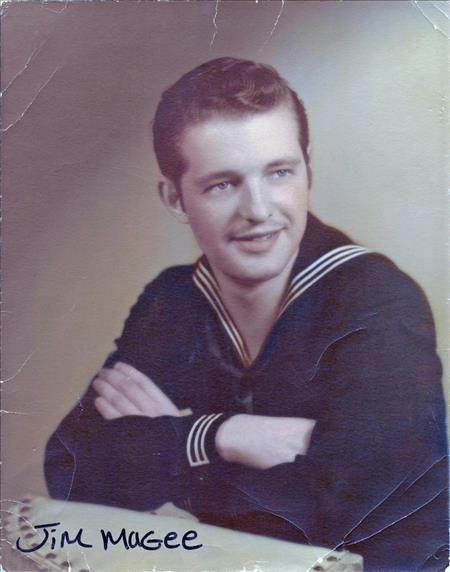 James William Magee, age 87, died March 7, 2017, at the Twin Valley Living Center in Twin Valley Minnesota. James was born November 4, 1929, in Sugar Creek, Missouri to John and Bessie (Mullins) Magee. After graduating from High School Jim enlisted in the United States Navy. He served from 1946 to 1950 and was honorably discharged. Jim and his wife Dorothy, have been residents of Detroit Lakes for 25 years. Jim had a green thumb and could grow anything. He especially loved roses. He also enjoyed fishing. Jim is survived by his three children; Steven, Sharon and Debbie of Utah and his wife, Dorothy; loved by Pauline, Douglas, Carl James and family; sister, Connie Mayberry of Edmond, Oklahoma; many grandchildren, neighbors and friends. He is preceded in death by his parents. David-Donehower Funeral Home is assisting the family.

To order memorial trees or send flowers to the family in memory of James Magee, please visit our flower store.