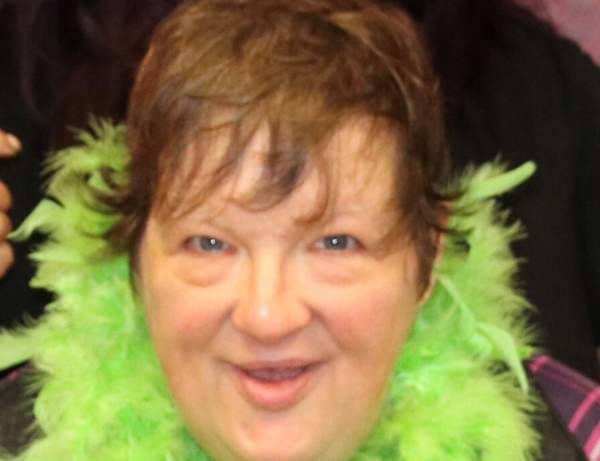 Jacqueline Dessellier, known to most as Jackie or Jacks, passed away on Saturday, March 20, 2021 at the age of 59, at Essentia Hospital in Fargo, ND.

Jackie was born August 14, 1961 in St. Paul, MN.  At the age of two Jackie joined the family of Jim and Connie TeVogt.  She and her foster family lived in Moorhead, Glyndon, Montevideo and Wadena Minnesota.  Jackie graduated from Montevideo Senior High School, with a Special Ed diploma, in 1982.  She lived with her foster family until the age of 27.  Jackie moved to CCRI group home in Moorhead in 1993, where she lived until her passing.  Jackie had her own awesome family at CCRI.  Like the rest of her siblings, she would come home for holidays and long weekends, looking forward to these visits with great excitement.  As soon as she got here, she would ask when she was going home to Moorhead and when she would be coming to Dad’s again.  Jackie worked at various community jobs, often performing her favorite tasks of cleaning and dusting, with the support of Connections DT&H.  Jackie was a collector.  She enjoyed collecting pens, purses and sneaking in a treat as often as she could.

Jackie was preceded in death by Mom, Constance TeVogt, grandparents and several aunts and uncles.

The family is requesting that visitors maintain social distancing and refrain from hugging the family.

To order memorial trees or send flowers to the family in memory of Jacqueline "TeVogt" Dessellier, please visit our flower store.