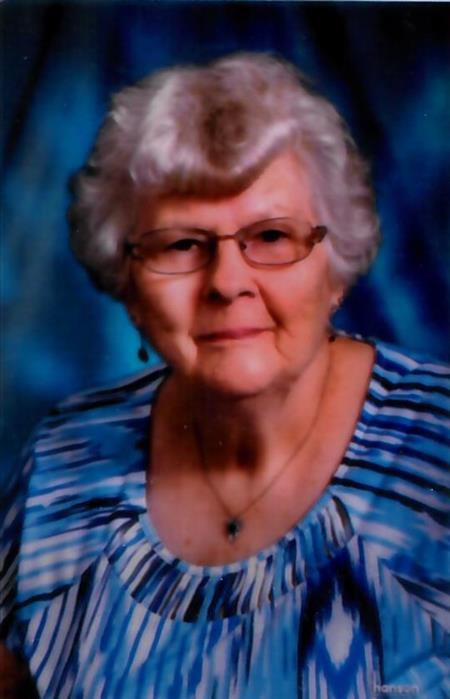 Irene was born on December 18, 1929, to Aloysius and Anna (Cash) Kunz, in Madelia, MN. She attended school in

Madelia. The family moved to Callaway, MN, when she was a teenager. She was

united in marriage to Merl Johnson on

February 23 1949 at Most Holy Redeemer Catholic Church in Callaway. After Merl's passing, she moved to Detroit Lakes, where she raised her nine children. Irene was an amazing Cook and loved to bake for her

family. Irene worked for Emmanuel Nursing Home for many years, until her retirement in 1995.

She became a resident of Emmanuel in 2015, where she would spend her remaining years. Irene loved to garden, and upon retiring she concentrated on raising flowers and concord grapes. She also enjoyed canning the vegetables from her garden and was especially proud of her ribbon winning dill pickles. Irene liked birds, especially Hummingbirds, Bluebirds and Cardinals, she enjoyed feeding them all. She loved listening to country western music, especially at WE Fest. She was a fan of baseball and liked watching the Twins, and she loved playing card games. She was an avid people-watcher from her front porch, and watching children play would brighten her day. Irene loved children, but none could compare to her own. Irene's faith was an important part of her life. She was an active member of Holy Rosary Catholic Church and was a Eucharistic Minister. She is survived by her children: Karen (Ray) Hill of Menahga, MN; Kathy

Rosary at 6:30 pm and a prayer service following.

A time of gathering begins one hour prior.

To order memorial trees or send flowers to the family in memory of Irene Johnson, please visit our flower store.