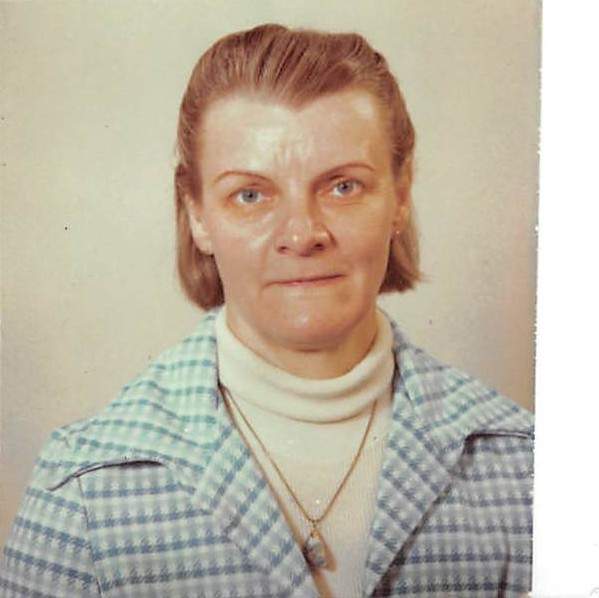 Ilse Alexejew, age 84, of Detroit Lakes, MN, passed away on Wednesday, December 27, 2017, at Essentia Health-Oak Crossing Nursing Home in Detroit Lakes.  A private family interment of her ashes will be held in spring.

Ilse was born on October 20, 1933, to Walter and Charlotte (Kaserlitze) Tetzlaff in Swinemunde, Pomeranian.  She, her mother, and her daughter moved from Germany to St. Paul, Minnesota, in the early 1950’s.  Ilse worked as a receptionist for various offices.  She was married to Boris Alexejew in the 1960’s and the couple settled on Snider Lake near Waubun. After Boris’ death in 1983, she moved to Detroit Lakes where she resided for the next 34 years.

Ilse loved to crochet, knit, cook, take long walks, and to spend time with her family.

She is preceded in death by her husband, Boris; her parents, Walter and Charlotte; and a son, Heinz Alexejew.

To order memorial trees or send flowers to the family in memory of Ilse Alexejew, please visit our flower store.