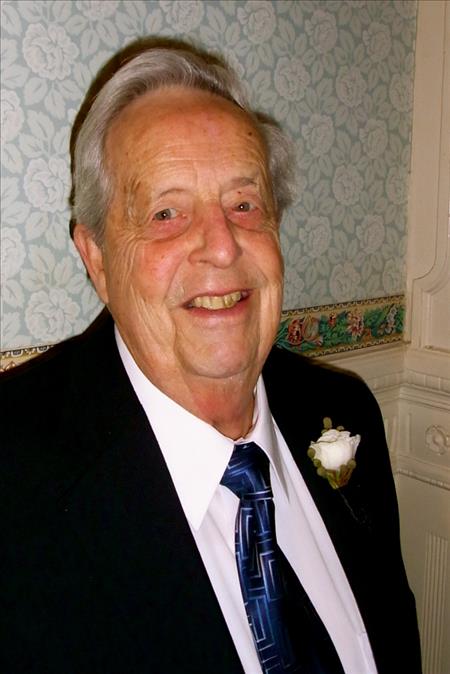 Howard Thomas Halvorsen of Rochester, Minnesota, died on October 15th, 2016. Funeral Services will be held at 10:00 a.m., Friday, October 21st, 2016 at Community Alliance Church in Detroit Lakes, MN. Visitation will be one hour prior to the funeral service. A reception will be held at the church following the service. Interment will be made in Oak Grove Cemetery, Detroit Lakes. Howard was born on March 3rd, 1925 to parents Ragna (Ulseth) and Nils F.A. Halvorsen. He attended Waldorf Junior College in Forest City, Iowa, where he met and married his wife, Jean Lois Sandberg. They were married on June 9, 1951. They attended Lutheran Bible Institute in Seattle, Washington. Howard served in the United States Army during World War II; he was stationed in Ceylon (now Sri Lanka) in the Pacific Theater. Howard spent his working life in social and financial services, working in the county welfare departments in Walker and Detroit Lakes, Minnesota. Howard was a man of God, very active in his church and community. He especially loved the ministry of Gideon's International, sharing the word of God across the U.S. and the world. Howard was an active caregiver for his beloved wife Jean and remained faithfully by her side until her death, when he moved to Rochester to be closer to his sons. Howard is survived by his sons: David (of New Paltz, N.Y.), Thomas and Daniel (both of Rochester, MN); eight grandchildren – Nils, Lena, Bethany, Tara, Erik, Kjersten, Aaron and Jordan; and nine great grandchildren – Emilia, Peyton, Charlotte, Micah, Rheagan, Carter, Grant, Evie and Silas. Howard was preceded in death by his wife, Jean and his sister, Chris Veeder. Memorials may be given to Gideon's International.

To order memorial trees or send flowers to the family in memory of Howard Halvorsen, please visit our flower store.