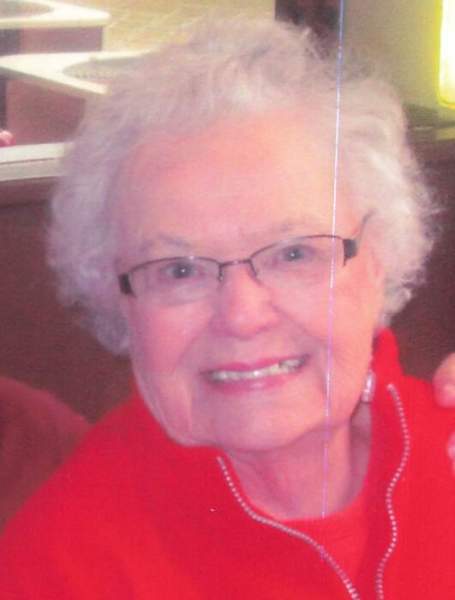 Helen Pauline Schauer was born at St. Joseph’s Hospital, St. Paul, MN on August 29, 1929 to Herbert & Minna (Danner) Schauer. She was later baptized into the death and resurrection of Jesus Christ through the Sacrament of Holy Baptism at Zion Lutheran Church, Jackson & Sycamore, in St. Paul, MN on September 22, 1929. Helen would attend her first eight grades of school at Zion Lutheran parochial school before attending Washington High School, St. Paul, graduating in 1947. After graduation she worked as a key-punch operator for St. Paul Fire & Marine Insurance. She also sang in the Twin Cities Acapella Choir under the direction of Dr. Paul Manz.

On June 12, 1954 she married the Rev. Henry W. Biberdorf in St. Paul, MN. They made their home first in Fredericksburg, IA where Henry served St. Paul Lutheran Church. Later she would move with Henry to serve churches in Victor, IA (St. James) and finally in Hillsboro, ND (St. John), where Henry passed away in 1969. Helen continued to live in Hillsboro where she worked for Northwest Bank and Hillsboro Day Care. Later she moved to Fargo, ND, and spent a year as secretary for the North Dakota District, LC-MS.

Her greatest joys in life were taking care of her children and raising her voice in praise to God. She also enjoyed tending to her flowers, visiting with friends and relatives, and enjoying life at her home on Lake Ida. Helen was also deeply involved with LWML, as well as directing and singing in her church choirs.

Helen is preceded in death by her parents; husbands, the Rev. Henry Biberdorf and H.A. Voll; two brothers, Bertram Schauer and Herbert Schauer and one sister, Doris Werfelmann.

In lieu of flowers memorials are preferred to the Zion Lutheran Church of Detroit Lakes Music Fund.

To order memorial trees or send flowers to the family in memory of Helen Wippich, please visit our flower store.
Open