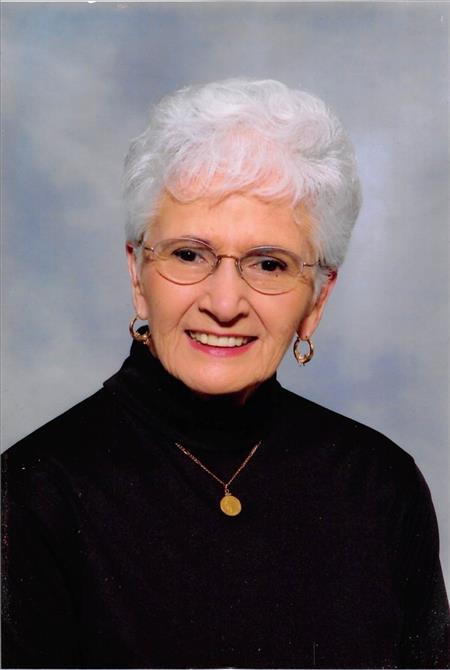 Helen Mae Williams, 88, of Detroit Lakes, died September 18, 2016 Helen Mae Pfeilsticker was born to Charles and Ethel (Holm) Pfeilsticker on July 22, 1928 on a farm south of Clitherall Minnesota, moving to Fargo, ND in 1931. She graduated from Fargo Central in 1945, attended Concordia College in Moorhead, transferred to MSTC (now MSU-M) graduating with a Bachelor's degree in Music and Art. She had an adventurous spirit, traveling to Harper Woods, Michigan to teach elementary school in Music and Art. She began work on her Master's degree, but moved back to Fargo to marry Jack W. Williams on July 13, 1958. In 1963, their daughter Victoria Susan (Vicky) was born. Helen was active in the community, volunteering and supporting many organizations, including the Humane Societies of Fargo, and the Lakes, Prairie Public TV, Community Theatre, ESA Sorority, the Elkettes, and the Shriner's hospitals. She was active in First and Plymouth Congregational Churches in Fargo, Augustana Lutheran Church and the Shoreham Chapel in Detroit Lakes. She loved to paint, play the piano, knit, sew, and was an expert at fixing or updating almost anything around the house. She taught many others how to refinish furniture, the basics of plumbing and electrical repair and many other home renovation projects.

She and Jack loved to entertain and travel, bringing Vicky on many of their trips. They also loved Roosevelt Beach on Lake Melissa. They renovated the boathouse on Jack's family property, starting with the one room over the boat garage. Jack passed away in 1993 and Helen decided to live full time at the lakes. She stayed active in community and rediscovered her love of bridge. She was the director of a Detroit Lakes bridge group, a member of the DCC bridge club, holding office of treasurer, and participated in a marathon bridge group. Helen also loved football, was torn between Green Bay and the Vikings, loved the NDSU Bison and was a long standing Team Maker. She discovered bicycle riding in her 60's, and was very proud to have ridden the equivalent of the earth's circumference in less than 8 years.

She decided to move to Emmanuel Community in Detroit Lakes. Her sunny room was decorated with art and antiques that she inspired, created or helped to restore. She inspired much laughter and a little exasperation right up to the end. Most days, when asked how she was feeling, she would respond "Not bad for an Old Broad!"

Helen is survived by her daughter Vicky (John Oren), niece Jan Pfeilsticker, nephew Jay Pfeilsticker, and her much loved cats, Flower and Mr. SpotZ. She was preceded in death by her parents, her brother Paul and her husband Jack Williams. Helen and her family were blessed by the support of the Staff and Volunteers of Emmanuel Community and Hospice of the Red River Valley. A special thank you to everyone at Sanford, DL and Fargo, also to the area Alzheimer's support groups.

Organized and opinionated to the end, she left clear instructions and wrote the majority of this obituary. She wanted one last party to celebrate her life, instead of a funeral. In lieu of flowers, donations to the Shriner's Hospital for Children, the Humane Society of the Lakes, or Hospice of the Red River Valley are appreciated.

An open house celebration of Helen's life will be held at the Detroit Country Club Saturday, September 24, from 2:00-4:00. Since it's a Bison Football bye week, no one has the stress of choosing which event to attend. (Go Bison!!)

To order memorial trees or send flowers to the family in memory of Helen Williams, please visit our flower store.