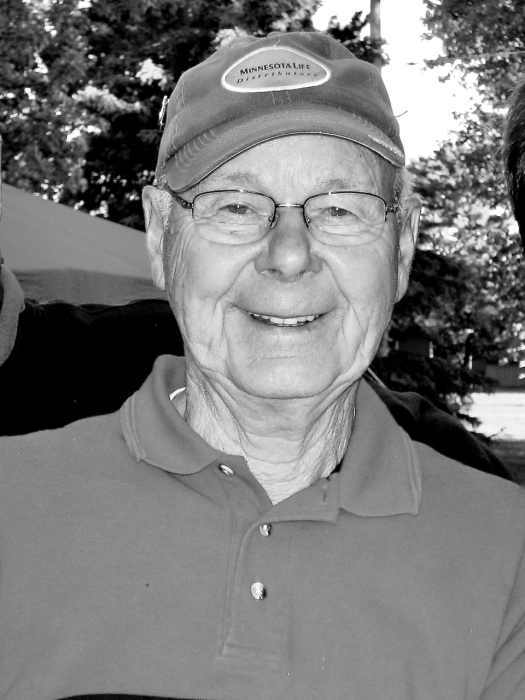 Funeral services will be held at Detroit Lakes United Methodist Church on Monday, April 29th at 11:00; visitation is at the church one hour before the service. Interment will be at the Hibbing cemetery. In lieu of flowers, memorials may be made to Hospice of the Red River Valley or Range Regional Animal Rescue (RRAR) of Hibbing.

Having begun his career as a janitor, Harold worked to become Vice President and General Manager of Bathke Mining and Industrial Equipment Company. His active memberships included the Algonquin Club of Hibbing, Hibbing Curling Club, Hibbing Country Club, Swan Lake Country Club, Shriners in Hibbing and Detroit Lakes, and the Masons in Hibbing and Detroit Lakes. Harold also enjoyed his volunteer time with Habitat for Humanity and as a Volunteer Tax Preparer.

Harold and Fran were members of the Hibbing First Presbyterian Church and Detroit Lakes United Methodist Church. Together they enjoyed world travel that included China, Turkey, Galapagos, Africa, and Scandinavia.  Harold especially cherished his time camping, duck hunting, and playing cards with friends and family. His generosity of time and talents were often given throughout the community of Hibbing. If a chair needed repair, a door required refinishing, or a complete remodeling project was planned, Harold was prompt to volunteer his time and the results were always works of craftsmanship. When they lived in Hibbing, most mornings he played cards and drank coffee with his buddies at the Memorial Building.  Upon moving to Lincoln Park in Detroit Lakes he was generously embraced by the Main Street coffee club, Holiday Inn bridge group, and Sons of Norway. His pockets always contained a dog biscuit or two.

To order memorial trees or send flowers to the family in memory of Harold Sanders, please visit our flower store.