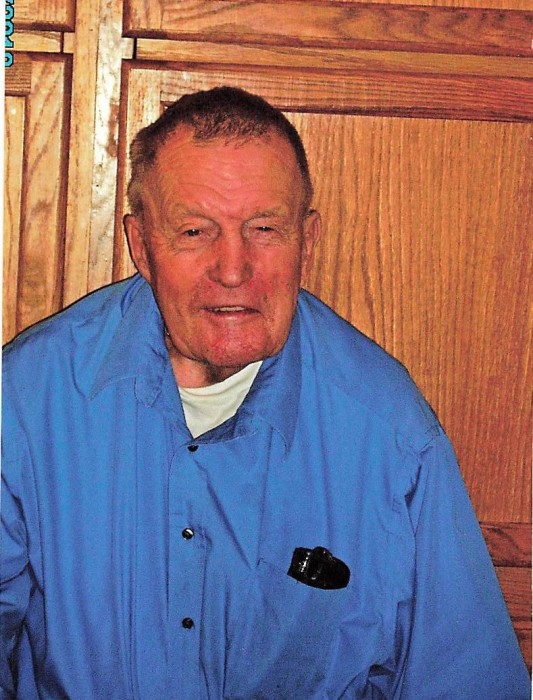 Harold A. Byer, 90, Detroit Lakes, MN, formerly of Frazee, died Sunday, October 27 at his home.  Mass of Christian Burial will be Thursday, October 31 at 2:00 PM at Sacred Heart Catholic Church in Frazee.  Interment will be in the church cemetery.

Friends may call at the church 1 hour prior to the Mass on Thursday.

Harold Anthony Byer was born January 9, 1929 on the family farm in rural Frazee to Anton and Cecelia (Joachim) Byer.  He attended District 90 rural school.  Following his education, he worked on the family farm until he began working as a farm hand on several area farms.  For a number of years, he worked on the St. Benedict’s Mission Farm near White Earth.  When the mission farm closed, he began working on a farm near Hoffman, MN and then moved to a farm near Callaway, MN until a fall from a silo ended his working career.  From that time on, he lived in group homes in Frazee And Detroit Lakes.

Harold enjoyed tractors, going for rides in the countryside, going for pie and ice cream, greeting people with a joyful “Hi” every day, helping with the flower beds at Lakes Homes and sitting by the window and watching the traffic on Summit Avenue.

Survivors include his brothers and sisters: Florence (Paul) Jensen of Wadena, MN, Dolores Manning of Callaway, MN, Richard (Dorothy) Byer of Perham, MN, Alberta Nielson of Seattle, WA, Evanell (Don) Christensen of Damascus, OR, Joe (Karen) Byer of Perham, MN, Bernice (Sal) Muscarello of Pickerington, OH, many nieces and nephews.  He was preceded in death by his parents, Anton and Cecelia, a brother, Leonard and a sister, Irene.

To order memorial trees or send flowers to the family in memory of Harold Byer, please visit our flower store.