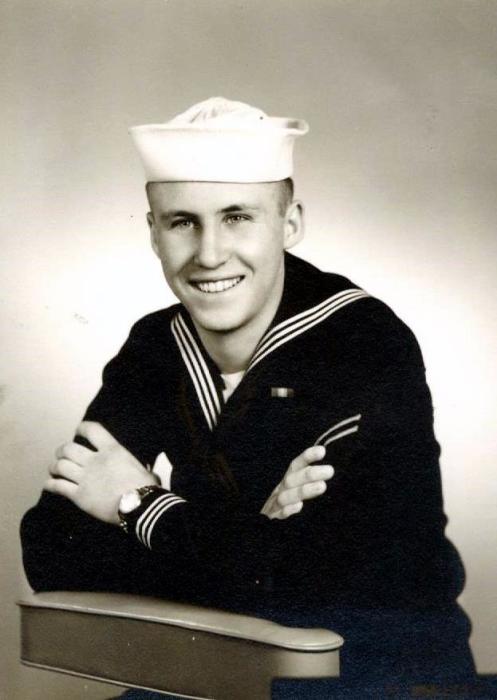 Gustav H. Weber, 83, of Detroit Lakes, MN, passed away at home on November 5, 2018.  A memorial service will be held on Saturday, June 1, 2019, at the Detroit Lakes, American Legion Post #15 at 1p.m. Visitation will be one hour prior to the service. Interment will be held at a later date at the new National Cemetery in Fargo.

Gustav Henry Weber Jr was born on December 19, 1934, to Gust and Dora (Merganthal) Weber in Hillsboro, ND.  He graduated from Hillsboro High School with the class of 1952.  Following graduation, he enlisted with the United States Navy. He was honorably discharged on December 1, 1961.

On June 30, 1960, he was united in marriage to Ruth Merkens, in Ada, MN, to this union their son, Jeff Weber was born.  They family lived in Hillsboro, ND, prior to Gustav and Jeff moving to Wahpeton, ND. Gustav continued his education at North Dakota State School of Science graduating with a degree in plumbing.  In 1974, Gustav and Jeff moved to Detroit Lakes, MN where he worked for Lakes Plumbing until the company closed in 1979.  After the closing of Lakes Plumbing, he started his own plumbing company called Gus’s Plumbing, before retiring in 2013.

He was a member of AMVETS, and American Legion Post #15, and a Lifetime member of the VFW.

Gustav is loved and missed by his son Jeff; grandson Jake; great grandson Onyx; along with nieces, nephews, and longtime companion Adel Lamson.

Preceding him in death were his parents; siblings Earl and Franklin Weber, and Marjorie Oelrich; nephews Roy and Eugene Oelrich; and great grandson Phoenix.

To order memorial trees or send flowers to the family in memory of Gustav "Gus" Weber, please visit our flower store.