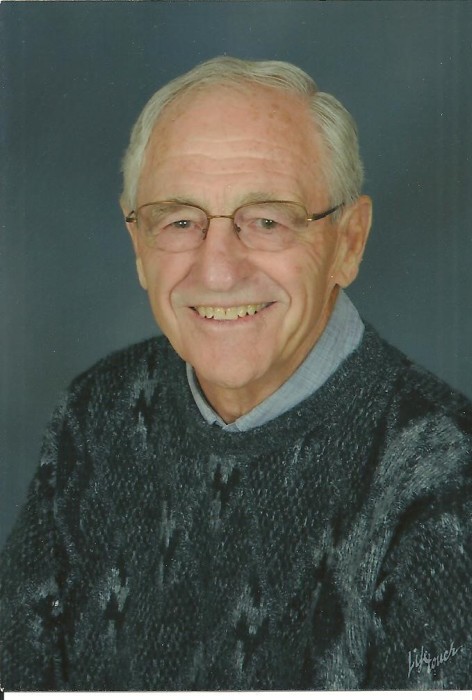 Gerald Woodard, known as “Pete”, was born August 27, 1928 in Frazee, MN to Milton and Jessie Marie (Stacey) Woodard.  He was raised and educated in Frazee and is a 1946 graduate of Frazee High School.  While in high school, he was a three-sport athlete, lettering in football, basketball and track.  Following graduation, Pete enlisted in the U. S. Navy, serving 29 months on the U.S.S. Sabine.  Following his discharge, he returned to Frazee where he worked with his dad at Woodard's Bait.

Pete was united in marriage to Mary Mahoney, June 22, 1950.  They made their home in Frazee where Pete was employed with Snappy, Inc. in Detroit Lakes from 1956 to 1990.  For many years, he was the plant manager on Legion Road.

He was well known for his interest in amateur baseball and played for the team in Frazee and with the Perham Pirates.  After his baseball days, he played fast pitch softball with the Ketter’s Meats Team.  He was an avid golfer and served for a number of years on the Frazee Golf Course Board of Directors and spent many hours volunteering at the course.  He was a three-time winner of the Frazee Father’s Day Golf Tournament.  He was an avid follower of all Frazee High School sports and in 2003-2004, was named the Frazee wrestling fan of the year.  Pete loved the outdoors, especially time spent in the woods at Itasca Park.  He looked forward to all hunting, especially deer hunting.  He enjoyed his time spent fishing with his brothers.   He also took great pride in caring for his lawn.   Above all, Pete was proud of his family and all of their accomplishments.

To order memorial trees or send flowers to the family in memory of Gerald "Pete" Woodard, please visit our flower store.
Open