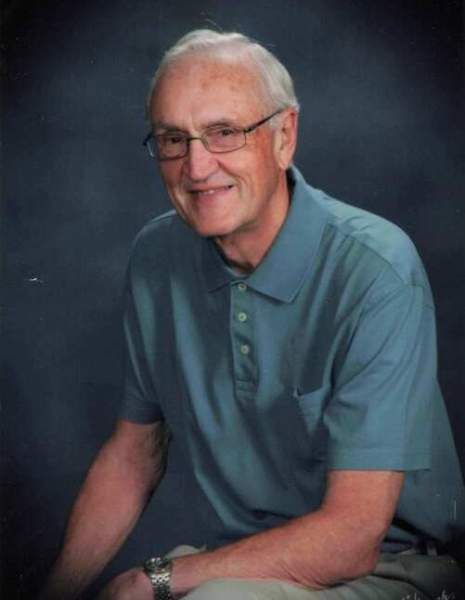 Friends may visit 5:00 -6:30 pm Monday, August 9 with a prayer service and sharing of memories at 6:30 at David-Donehower Funeral Home.  The visitation will continue 1 hour prior to the service at the church on Tuesday.

Gerald Sylvester Price was born April 12, 1931 in Isabel, SD to Kenneth and Clarissa (Pladsen) Price.  He moved with his family to Detroit Lakes at the age of 12, was confirmed at First Lutheran Church, and is a 1949 graduate of Detroit Lakes High School.  While in school, he played the trombone in the school band, worked in the family jewelry store and had a paper route.  Jerry was united in marriage to the love of his life, Ruth Hanson on April 27, 1952 at First Lutheran Church in Detroit Lakes.  He served with the U. S. Army Signal Corps 1952 – 1954.  Following his discharge, he returned to Detroit Lakes to manage the family jewelry business.  A dedicated believer to ongoing education, Jerry studied and became a Minnesota licensed watchmaker.  He also took classes from the Gemological Institute of America and was a registered jeweler with the American Gem Society.  He retired in 2001, yet enthusiastically continued to help out in the family business whenever and wherever needed.

Jerry relished family gatherings, time at their lake cabin, hunting, fishing and curling. He was an avid reader and enjoyed sharing his book collection and articles.  Jerry was an active member in the community: member of the Jaycees, having served as Past Admiral of the Water Carnival; First Lutheran Church, having served as past president of the congregation and Sunday School teacher; a member of The Detroit Lakes Chamber of Commerce and Kiwanis.

To order memorial trees or send flowers to the family in memory of Gerald Price, please visit our flower store.