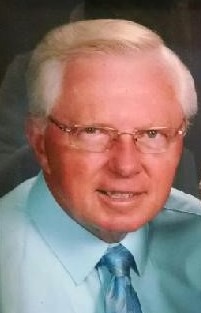 Gene Hill, age 79, of Detroit Lakes passed away at Emmanuel Nursing Home on Monday April 19, 2021 surrounded by his family after a 15-year battle with Parkinson’s Disease.

Gene Albert Hill was born June 17, 1941 to Albert and Alice (Stensgaard) Hill in Billings, MT. His parents moved the family to Rocksprings, WY in 1942 and later to Detroit Lakes in 1944.  He graduated from high school in Detroit Lakes, MN in 1959. From the age of 10, Gene worked for his father’s construction company, Hill Construction where he continued to work until taking over the business after his father’s death in 1963.

At age 16, Gene met Sharon Edwards while they both attended Detroit Lakes High School.  Sharon will tell you she became interested in Gene because of his 1953 Mercury convertible. And Gene jokingly responded with, “That car got me into a lot of trouble!”  Gene and Sharon were married on June 17, 1961 at First Lutheran Church in Detroit Lakes. They continued to live in the Detroit Lakes area and raised their four children. Gene continued the construction business until he retired in 2006.  Throughout his career, he built and renovated many houses and buildings while leaving his mark of craftmanship throughout the region.  He was a long-time member of the Lake Region Builders Association.

Gene was a kind-hearted husband, father, brother, uncle, grandfather, great-grandfather and friend.  Anyone who met Gene, will remember his smile and his gentle nature. Gene was an outdoorsman; he enjoyed hunting, fishing, horseback riding, and camping.  Gene loved classic cars and could tell you the make, model, and year at a glance.  Before his health issues limited his mobility, he and Sharon were fortunate to travel to many places including Hawaii, Mexico, and Europe.  Most of all, Gene loved to spend time with his family.

Gene was an optimist.  Although there were setbacks with many trips to clinics and hospitals plus stays in the nursing home, he kept a positive attitude.  He would typically say, “it could always be worse.”  Gene not only inspired his family; he uplifted the medical staff and care providers at the various facilities.  His humor and grace in the face of adversity were well-known by those who cared for him.

The Hill Family extends a heartfelt “Thank you” to the special caregivers who provided medical and supportive care to Gene throughout his illness including Dr. Shivan Kulasingham, Sarah Matcha, NP, Neurology at Sanford Brain and Spine Center, Essentia and Sanford Health Physical Therapy and Speech Therapy Departments along with the staff at Ecumen - Detroit Lakes.

In lieu of flowers, memorials may be given to Emmanuel Nursing Home of Detroit Lakes, Hospice of the Red River Valley, Parkinson’s Foundation – MN and Dakotas Chapter, and The Michael J. Fox Foundation.

To order memorial trees or send flowers to the family in memory of Gene Hill, please visit our flower store.