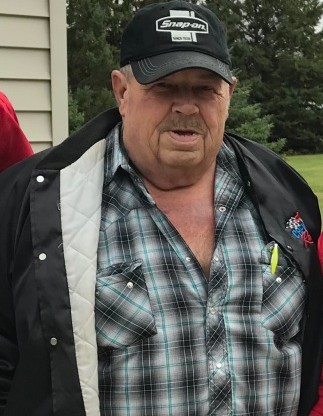 A Gathering of family and friends will be held Friday, June 28 from 3pm-6pm at the David Donehower Funeral Home.

Gene was born on March 2, 1943 in Mayville, ND. He was raised by his father Albert Brend and his grandparents in Clifford, ND. He graduated from Clifford High School in 1961.

In February 1964, Gene married Deborah Ann Kraling and from this union they had two sons, Rodney and Todd. Gene worked for Mayville Motors for over 25 years before moving to Detroit Lakes in 1988. In Detroit Lakes, Gene opened his own auto repair shop named Brend Repair. He also had a business with his sons named Brend and Sons Tree Service. Gene served as the Fire Chief in Clifford, ND and as the President of the Eagles in Mayville, ND for several years.

Gene liked to race snowmobiles and participate in tractor pulls.  He had a passion for old cars and owned a red convertible Oldsmobile. He sponsored a race car from Fargo, ND.  His favorite place to be was at his lake home on Cotton Lake or on his golf cart with Pam and their dog Karma.

Deeply loved, Gene’s passing is mourned by his sons Rodney (Melanie) Brend and Todd (Kristi) Brend; his significant other of 28 years Pamela Kraft; his ex-wife Deborah Kraling; his grandchildren Tanner and Taylor Brend; his dog Karma and additional extended family.

Gene is preceded in death by his father, Albert and his grandparents.

To order memorial trees or send flowers to the family in memory of Gene Brend, please visit our flower store.