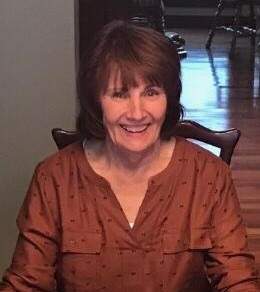 Gayle Annette (Olson) Johnson, 79, of Detroit Lakes, MN, passed away suddenly and peacefully on Tuesday, April 13, 2021, in her home under the care of Hospice of the Red River Valley.

Gayle Annette Olson was born on October 21, 1941 to Leonard and Hazel (Peterson) Olson in Breckenridge, MN. She grew up in Walcott, ND. Gayle was baptized and confirmed in the Walcott Lutheran Church. She attended and graduated from Walcott High School in 1959.

Gayle married Rodney Rostad on October 21, 1960, to this union two children were born Lori and Randy, the couple later separated. Gayle was united in marriage to Paul Johnson on May 17, 1973.

Gayle had several jobs in her life including; telephone operator, sold Home Interiors, receptionist for W.W. Wallworks and Butler Machinery in Fargo, ND. She retired from Butler’s after more than 25 years. After retirement she worked for Ferrel Gas in Detroit Lakes and then she had her fun part-time job working at the golf course for over ten years. She met many good friends thru the years while working at the golf course.

Gayle enjoyed singing in the church choir, playing cards, playing the piano, golfing, living on the lake, and having the monthly potluck dinners with the church gang. Gayle loved her children, grandchildren, and great-grandchildren deeply.

Gayle is preceded in death by her parents Leonard and Hazel Olson, and her sister Audrey Lenroot.

In lieu of flowers the family is requesting memorials be given to Hospice of the Red River Valley and the Cancer Society.

To order memorial trees or send flowers to the family in memory of Gayle Johnson, please visit our flower store.