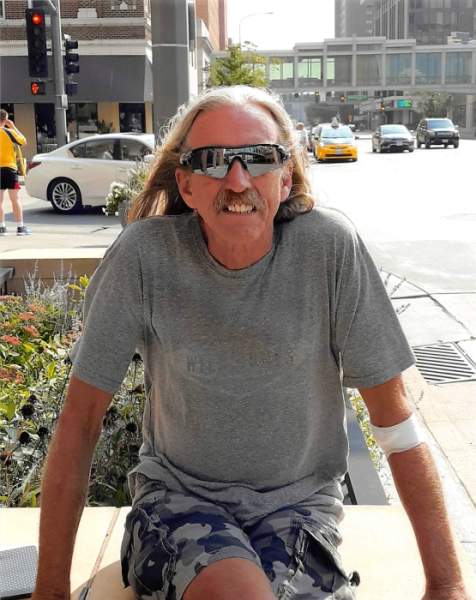 Gary Allen Wicker, 59, died January 31, 2019 at his home in Detroit Lakes, MN of pancreatic cancer. He was so strong and positive throughout his illness and he fought so hard, even the doctors and nurses were amazed at his resiliency.

A Celebration of Life for Gary will be held Saturday, February 9 at 2pm in David Donehower Funeral Home, Detroit Lakes.  Visitation will be held one hour prior to services.  Interment will be held in the spring at Richwood Cemetery.

Gary was born August 5th, 1959 in Detroit Lakes, MN to Gilbert and Margaret Wicker. He graduated from Detroit Lakes High School in 1977.  In 1977 he joined the U.S. Army and was stationed at Schofield Barracks in Oahu, Hawaii.  Gary was honorably discharged in 1980 and returned to his hometown of Detroit Lakes.  He was employed by the U.S. Postal Service for 37 years and participated in the N.A.L.C. for ten years.  Gary loved getting involved in his community through various activities. He was an avid bowler and for a period of time he was president of the Eagles Club. Gary loved life and a big part of that was enjoying the outdoors.  You could always find him hunting and fishing with his family and friends. He enjoyed a short retirement and spent winters in Hawaii and Cabo San Lucas. He always had a smile on his face and a laugh that let you know he truly enjoyed life to the fullest.

In lieu of flowers memorial contributions can be made to Hospice of the Red River Valley, 1111 US Hwy 10, Detroit Lakes, MN 56501

To order memorial trees or send flowers to the family in memory of Gary Wicker, please visit our flower store.