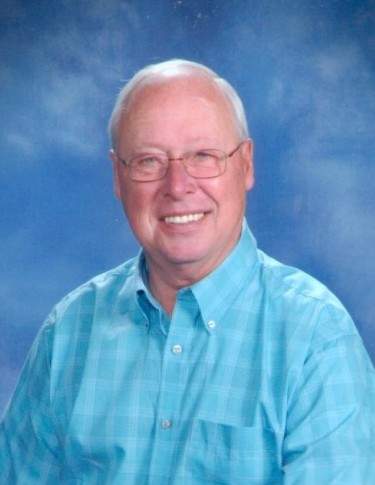 A Celebration of Life will be held Friday, August 9 at 2pm at Cormorant Lutheran Church, rural Lake Park, MN. A gathering of family and friends will be held one hour prior to services.

Gary Wayne Regelstad was born May 2, 1948 in Grafton, ND to Lewis and Verna (Checkley) Regelstad. He attended elementary school in Grafton before moving to Casselton, ND. He graduated from Casselton High School in 1966, excelling in football, basketball and track. Gary attended pharmacy school at NDSU and during the summers he worked at his family’s grocery store in Casselton along with Quality Boneless Beef Supply in West Fargo. On June 6, 1970, Gary was united in marriage to Mary Dahlgren of Lake Park. Soon after marriage, Gary graduated from NDSU. They moved to Rugby, ND while Gary completed his internship at Baily’s Drug Store. In 1972, he accepted a position with Osco Drug in Kankakee, IL. While living in Kankakee, Gary and Mary adopted their son Karl. Gary transferred to Osco Drug in Moorhead in 1986. Since 1970, Gary and Mary enjoyed their lake home on Lake Ida, especially during the summers when relatives from Fargo and Winnipeg would come to the lake for vacations and the annual garbage can dinner. In 1997 they made their permanent home on Big Cormorant Lake . Gary completed his working career at the Prescription Shop and Sanford Pharmacy in Detroit Lakes, retiring in 2013.  In his spare time he enjoyed bowling, golfing, watching Bison football and everything that involved lake life.

Gary is survived by his wife of 49 years, Mary of Audubon, MN, his son Karl Regelstad of Phoenix, AZ, one granddaughter, Kady Marie Regelstad of West Fargo, ND, one sister: Carol (Ken) Hopp of Fargo, ND, niece and nephew: Melinda (Brandon) Miller and Andy (Stephanie) Hopp both of Fargo, ND, along with several nieces and nephews on the Dahlgren side.

He is preceded in death by his parents.

To order memorial trees or send flowers to the family in memory of Gary Regelstad, please visit our flower store.