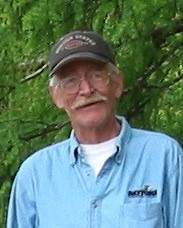 Galen “Speed” Haglund, 79, passed away from natural causes on Tuesday, November 3, 2020 in his home.

Galen Joy Haglund was born on February 21, 1941 at the family home to Earl and Myrtle (Arntson) Haglund. He attended high school at Perham High and graduated as part of the Class of 1959. After high school, Galen enlisted with the United States Navy and served at the Pensacola Naval Air Station during the Vietnam War.  He was honorably discharged in 1963.

After the Navy, Galen worked at Ratz’s Electric for just two years before joining Schatt’s Electric, where he remained until he retired at age 62.  He hardly missed a day of work in his career.

Galen married Bonnie Bunnis in 1967, and the marriage produced two children Marty and Laura.   After many years and raising their children together, he and Bonnie divorced.

Galen enjoyed living a quiet and simple life, living just a few doors down from his parents for most of his adult life.  He was an avid story teller, people-watcher, and wood carver. He could happily sit on his deck for hours with coffee and a carving, waving at people as they passed by.

Galen is preceded in death by his parents, his grandparents, two son-in-laws Donnie Carlstrom and Scott Dollinger.

To order memorial trees or send flowers to the family in memory of Galen Haglund, please visit our flower store.