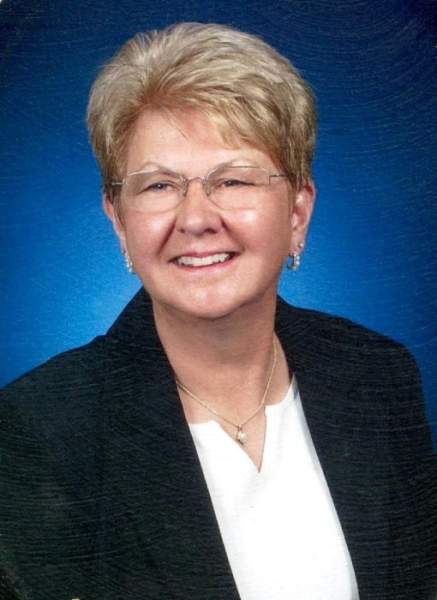 Memorial Services will be held Friday, September 28 at 11AM in David Donehower Funeral Home in Detroit Lakes.  Visitation will be held one hour prior to services.

Gail Marie Stephenson was born April 30, 1945 in Pelican Rapids, MN to Walter and Lottie (Fredrickson) Stephenson.  She grew up and attended grade school at District 12 in rural Tansem Township, Clay County.  Gail graduated from Pelican Rapids High School with the class of 1961.   After high school she started working for an insurance company.  Gail was united in marriage to John D. Hebert on June 18, 1965 at St. John’s Lutheran Church in Fargo, ND.  In 1966 they welcomed their first son, Michael and in 1971 their   second son, Jonathan. They resided in Christine, ND for a few years before settling in  Fargo.  During her working career Gail was employed by the City of Fargo and Bethany Nursing Home.  In 1994 John and Gail moved to their lake home on Little Cormorant Lake.   John passed away September 16, 2004.  In recent years, Gail worked at Lakeshirts and Walmart as a greeter. Gail never met a stranger that she couldn't strike up a conversation with.  Many times, when shopping, what should have been a five-minute stop, often times turned into a one hour stop because of her visiting!

Gail loved her cats, she also enjoyed a trip to the casino, fishing, feeding wildlife at the lake and reading a good book.

She is preceded in death by her parents, two brothers:  Warner Stephenson and Frayne (Fosie) Stephenson, one sister:  Beverly Eilertson, one infant brother, Everett Stephenson and brother-in-law, Darrell Samuelson.

To order memorial trees or send flowers to the family in memory of Gail Hebert, please visit our flower store.