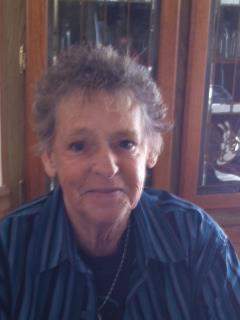 Frankie was born March 17, 1944 in Lodi, California to Clifford and Murriel (Maloney) Bunnis.  They moved to Detroit Lakes when she was four years old.  In 1956 they moved to International Falls, Minnesota where she attended school and remained to raise her own family.  In the late 1980’s she began traveling with her husband Dennis Oveson as an over the road truck driver.  In 1994 she returned to Detroit Lakes.

She had several occupations during her lifetime to include waitressing, bartending, millworker, and housekeeping.  The last place she worked was at Service Cleaners until her retirement.

She enjoyed spending time with her family, listening to country music, coloring, Facebook and the news.

She is preceded in death by her parents, husband, brother Ricard Bunnis, son Tom Mann and granddaughter Alicia Clinton.

To order memorial trees or send flowers to the family in memory of Frances "Frankie" Oveson, please visit our flower store.