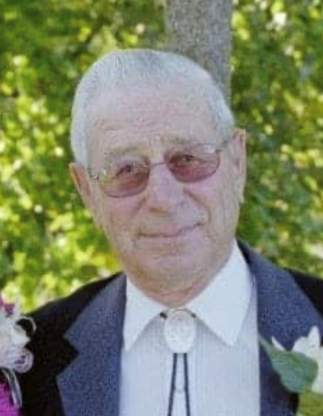 Everett J. Mulcahy, 92, Detroit Lakes, MN, passed away on Tuesday, March 15 at Essentia Health in Fargo. Everett Joseph Mulcahy, known as “Shine” was born February 16, 1930 near Barnesville, MN to Edward and Dora (Nicklay) Mulcahy. He attended Assumption Catholic School in Barnesville through the 8th grade.  He took over operation of Mulcahy Dairy in Barnesville delivering milk and dairy products door to door. Shine met Arlene Krauth at a Lenten service and the two of them were united in marriage, November 15, 1951 in Barnesville. After closing the dairy, they farmed near Rollag   until moving to rural Audubon in 1960. In 1979, they sold the farm and moved to another home near Audubon where they lived until moving to Detroit Lakes in 1993. While in Detroit Lakes, Shine worked for Dairy Supply for several years and then delivered parts for Hedahl’s until retiring in 2008.

Shine cherished time with his grandchildren, especially taking them fishing.  He also loved dancing with Arlene, visiting with Denny Stoen, his horses and the Minnesota Twins. He was     often considered to be the best arm-chair manager in the state.

He was preceded in death by a son, James, a grandson, Craig, a daughter-in-law, Lynette, 2 brothers, Donald and Curtis and 3 sisters: Bernice, Marge and Lorraine.

To order memorial trees or send flowers to the family in memory of Everett Mulcahy, please visit our flower store.