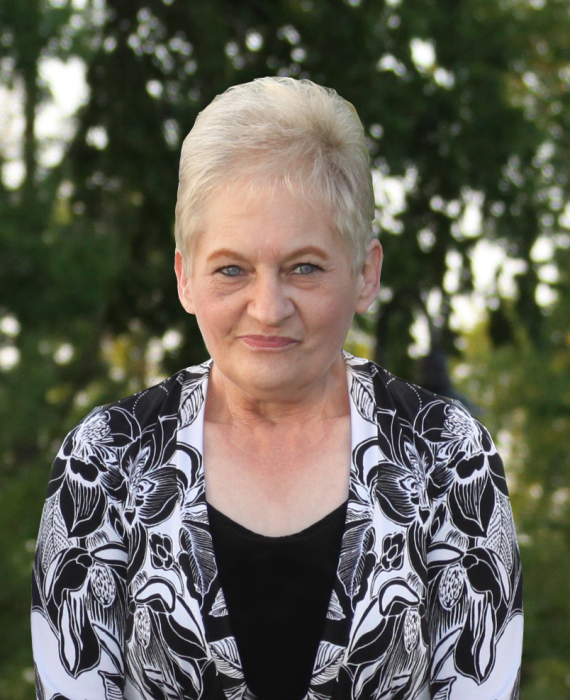 Evelyn “Evie” Cecilia Storm (Tuhy), 76, passed away on August 14, 2019 at Diamond Willow, Detroit Lakes surrounded by her family.  Mass of Christian Burial will be held on Saturday, August 17 at 11:00am in the Holy Rosary Catholic Church, Detroit Lakes. Visitation one hour prior to the Mass.

Evie was born on February 15, 1943 to Isadore and Mary (Ficek) Tuhy in Dickenson, ND. She graduated from South Heart High School in 1961. She then went on to beauty school at St. Joseph’s in Fargo, ND which is when she met Paul Storm. Paul and Evelyn were married on June 12, 1965 at Holy Rosary Catholic Church in Detroit Lakes, MN. The couple then moved to Detroit Lakes to make their home, where they had three children Lisa, Jeff and Mark.  Evie had many jobs in her lifetime; she was a bank teller and a stay at home mom.  In the early 1980’s she opened her own ceramic business which she operated for 30 plus years before going to work at the Holiday Inn. She spent her final working years at the hospital before retiring.

Evie really enjoyed working with ceramics and continued to make pieces for years after she closed her business.  She enjoyed decorating her home, and holidays were her favorite time of the year because she could put out the many treasured pieces of the ceramics she had made to go with each season.  She enjoyed cooking and was happy to make special meals if someone she loved requested it. Her husband Paul introduced her to fishing, and she often went fishing off the dock with her grandkids. Evie loved feeding the birds and the ducks in her backyard, going to the casino, and spending time with her family. Evie was known to always have something to tinker with and she continually would fix up things just to have something to work on.

Evie is preceded in death by her parents; Isadore and Mary, her husband; Paul, infant son; Mark, her sister; Alice, her brothers; Alfred and Ed as well as her extended family.

To order memorial trees or send flowers to the family in memory of Evelyn "Evie" Storm, please visit our flower store.