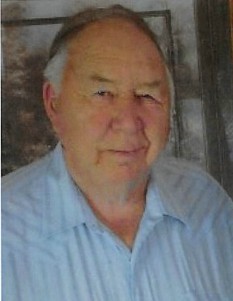 Eugene William Manning, age 90, of Callaway, MN passed away October 22, 2018 at Oak Crossing Nursing Home surrounded by his wife and family. The funeral Mass will be celebrated at 11 am, Saturday, October 27, 2018 at Holy Rosary Catholic Church in Detroit Lakes, MN. Monsignor Timothy McGee will preside.  Visitation will be at the church on Saturday from 9 am until the time of Service.  Burial will follow at the Sacred Heart Cemetery Frazee, MN.

Eugene was born October 6th 1928 in Frazee, MN to William and Bertha (Habeck) Manning. He was united in marriage to the love of his life Dolores Byer on March 26, 1951.  During the early years of their marriage they lived and worked near Frazee, MN followed by a short time on the Iron Range in Babbitt, MN.  After that they farmed for many years in the Ogema, MN area before moving to Necedah, WI in 1976. Eugene began his own building construction business and continued with that until his retirement.  He and Dolores eventually returned to MN in 2006 where they made their home near Callaway.

Eugene was a very devout Catholic who often shared his faith with family and friends.  He enjoyed his large family and loved hearing stories about everyone’s work and family life.  Some of his favorite activities included wood working, gardening, fishing, reading, playing guitar, listening to music and sampling a new dish from Dolores’ kitchen.

To order memorial trees or send flowers to the family in memory of Eugene Manning, please visit our flower store.