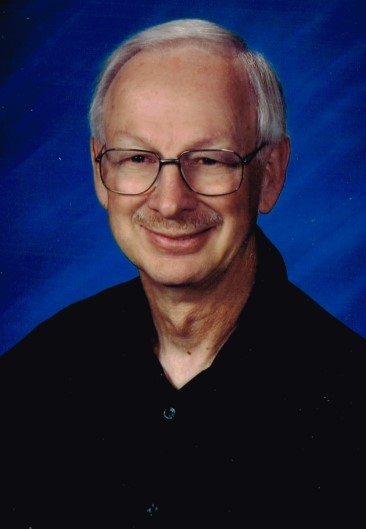 Ernie was born on February 28, 1940 in Thief River Falls, MN to George and  Louise Breznay. He grew up in Mavie, MN and attended country school near Mavie. He completed his elementary and  high school educations  in Goodridge, MN in 1957

A lifelong educator  for 50 years, Ernie taught in Sawyer, Wilton, and Hope, ND. He began his career for the State Board for Career and Technical Education in 1974 in Bismarck, ND where he was a supervisor, assistant director, and was deputy director at the time of his retirement from the state in 1996. He completed his teaching career with the West Fargo School district in 2010.

Ernie met his wife, Shari Vadnie, while teaching  in Hope ND. They were married on June 3, 1967.

During his lifetime, Ernie was active as a youth in church, school athletics, and in 4H. Later in life he was a boy scout leader and coach for his sons   basketball and softball teams. Ernie enjoyed bowling, softball, golf, fishing, and hiking the trails in MN and Lake Havasu, AZ. He was an avid wood worker and remodeled five of the family homes. Ernie also enjoyed stamp and coin collecting ,  reading books about  the civil war and American history.

Ernie’s favorite times were spent with his family and always looked forward to the times when everyone gathered during Christmas and in the summers at the lake. He and his granddaughter, Alexandra,  had a special bond during the years when he would watch her while her parents were working. They had many fun adventures together.

Ernie was preceded in death by his parents, and a brother who died at birth.

A gathering of family and friends will be held to celebrate Ernie’s life on July 20 at 11:00.  David-Donehower Funeral Home, 609 US Hwy 10, Detroit Lakes  MN is handling  the arrangements.

To order memorial trees or send flowers to the family in memory of Ernest Breznay, please visit our flower store.