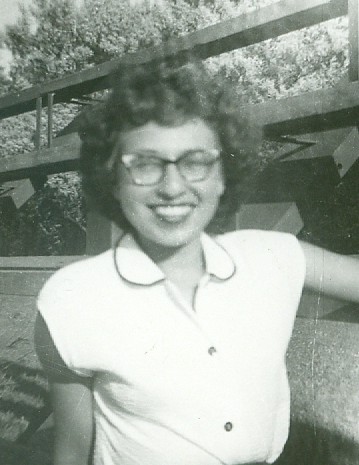 Eleanora Louise (Roberston) Boutwell was born in Sisseton, South Dakota to Howard and Catherine (Cottier) Roberston on February 28, 1936. Eleanora died Friday, August 2, 2019, at the age of 83 years old at her home in Ogema, Minnesota, surrounded by her family.

She had many talents including sewing, beading, making star quilts, and other arts and crafts. She was a great cook and baker.  She enjoyed her time going to bingo and playing keno with her family and friends. She was very  knowledgeable, and she did a lot of educational and artistic projects with the White Earth Circle School. She taught many students beading and cooking. She and her students helped create a cookbook together.

She graduated from Flandreau High School in 1954.  She was the first language speaker of Ojibwemowin and judged in Ojibwe language contests. She met Bunk at Flandreau Indian School, where she was working as a  secretary, and he was a supervisor at the FIS boy’s dorm.  Eleanora and Bunk transferred to many reservations, which include;  Mandaree, North Dakota on the Fort Berthold Reservation, Chippewa Ranch Job Corps Center in   Mahnomen, Minnesota, Busby, Montana on Northern   Cheyenne  Reservation, and on the Leech Lake Reservation where Bunky worked at the Bemidji IHS Area Office where she lived in Cass Lake, Minnesota, and finally to the White Earth Reservation where Bunky worked as a Health Educator at the White Earth IHS.

She was an enrolled member of the Flandreau Santee Sioux Tribe.

She was preceded in death by her parents Howard and Catherine Robertson, a younger brother Sonny Robertson, and a nephew. Her husband Galen Boutwell, brothers-in-law Lauren Herrick and Gilbert Cadotte Sr.

To order memorial trees or send flowers to the family in memory of Eleanora Boutwell, please visit our flower store.