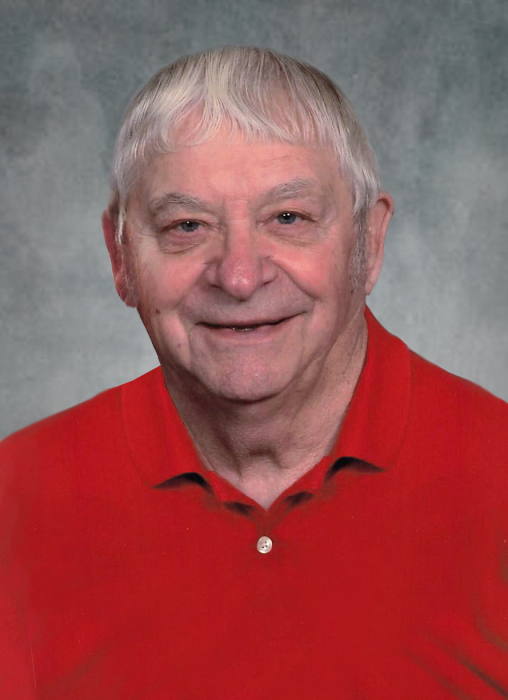 Edwin Charles Hruby was born February 17, 1937, in Thief River Falls, MN to Ludvek and Albina (Suchan) Hruby. He grew up on a farm outside of Thief River Falls and graduated from Lincoln High School in 1955. He attended Thief River Falls Vo-Tech School for electrical and radio repair. He worked on the family farm and as a mechanic at Nelson Auto Repair. He married Shirley Skibicki on September 5, 1964, and moved to Detroit Lakes in May of 1965 where Ed was employed as a diesel mechanic by MNDoT. They moved to the Audubon area in 1970 and raised their four children. Ed retired from MNDoT in 1999 after 34 years of service. In his spare time, he spent countless hours remodeling the house, adding machinery buildings, and planting trees on the property. He  loved working on his tractors and gas engines, woodworking, and hunting with family. Ed was involved in church council, Knights of Columbus, Lake Itasca Region Pioneer Farmers, and he liked to meet with his morning coffee group. At heart he was an engineer - he designed and built a 1/2 scale Rumely using scraps and ingenuity. Ed could build and fix anything that needed repair and many came from miles around to ask him for help. His philosophy was that it could always be fixed and used again for many years to come. He truly believed that there was no such thing as junk.

Ed will be deeply and sadly missed by his family and his many friends. He is survived by his wife of 54 years, Shirley, of Audubon, and his children, Brian (Julie) of Dalton, MN, Lisa (Troy) Simon of Hudson, WI, Susie (Mike) Larsen of Mankato, MN, and Kristy (Dan) Anderson of Audubon, MN.  Ed has seven grandchildren, Mitchel (Becca) Hruby, Nathan (Megan) Hruby, Katie and Ashley Mell, Maxx Larsen, and Carter and Camryn Anderson, and one great-grandson, Brody Hruby.

In lieu of flowers, memorial contributions can be made to Lake Itasca Region Pioneer Farmers Inc. at 17571 310th St. Bagley, MN  56621 in memory of Edwin Hruby.

To order memorial trees or send flowers to the family in memory of Edwin Hruby, please visit our flower store.
Open