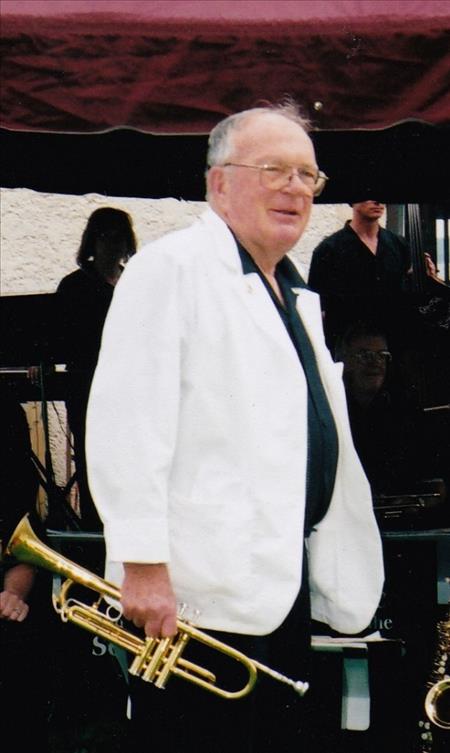 Dr. Robert N. Watson, age 90, died peacefully on December 18, 2016 at Ecumen-Emmanuel Nursing Home in Detroit Lakes, MN. Memorial Services for Bob will be held on Thursday, December 22 at 10AM in United Methodist Church, Detroit Lakes. Visitation will be held one hour prior. Robert Neil Watson was born May 17, 1926 in Hannah, ND to Virgil Sr. and Emma (McKay) Watson. He attended high schools in Devils Lake, Valley City, Grand Forks, and Bismarck where he participated in sports and above all, band music.

Upon graduating high school, he joined the army and was a veteran of WW II serving 18 months in Italy before receiving his honorable discharge. He graduated from Bismarck Junior College in 1948 and the University of ND Medical School - Grand Forks in 1951. Finishing his scholastic medical training at the University of Illinois Medical School in Chicago, he received his Medical Degree in 1953 and was a member of the Alpha-Omega-Alpha and Sigma XI Honorary Medical Societies. He spent a year of internship in Duluth, MN and 3 years of internal medicine residency at Marquette University in Milwaukee. In 1957 he joined his brother, Dr. Virgil Watson, Jr. and Dr. William Dodds in creating a medical practice in Detroit Lakes. He was the first Internist in Becker County and continued practicing medicine for 30 plus years, where he also helped to establish several new programs at St. Mary's Hospital, including the creation of the Critical Care Unit. His lifelong avocation was music where he played professionally on and off since 1941, including stints with a Bismarck radio station, the Bismarck Symphony and also trumpet with territorial dance bands out of Bismarck. In the 1970s, he started a 16-piece dance band which played various music from the 1930's and 1940's. In 1991, this band was named "Doc and The Scrubs". Doc and The Scrubs started the traditional summer concert entertainment series "Tuesdays in the Park" which provided the foundation for the band's popularity, that includes playing concerts to this day. He was a charter member of the Elks in Detroit Lakes, a member of the American Legion, VFW, and the United Methodist Church, where he held several offices. His hobbies included hunting, fishing, tennis, bridge, and bowling. He took great pleasure in meeting with friends during their 10:00 a.m. main street coffee group and Wednesday night dinner gatherings. Bob will be remembered and deeply missed by his wife of 67 years, Delores and their 4 children: Tom (Georgiann), Dick (Teresa), Jim (Dona) and Liz (Dave). He is also survived by 8 grandchildren and 11 great-grandchildren. He is preceded in death by his parents and brother Virgil Jr. A formal funeral service will take place at a future date this spring.

To order memorial trees or send flowers to the family in memory of Dr. Robert Watson, please visit our flower store.