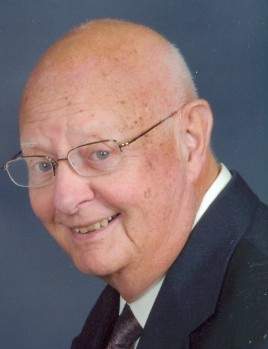 Duane “Doc” Wething, 92, Detroit Lakes, MN, died February 6, 2020 at Essentia – St. Mary’s Hospital in Detroit Lakes.  Private family services have been held with burial in the United Methodist Memorial Garden.  A Celebration of Life will be held at a date to be determined later.

Duane Palmer Wething was born August 22, 1927 in Fergus Falls, MN to Palmer and Lillian (Otteson) Wething.  He served with the U. S. Army Air Corps.  Following his discharge, he enrolled in Northwestern College of Chiropractic, graduating in 1950.  Duane was united in marriage to Beverly Spears, September 16, 1950 in Minneapolis, MN.  In 1952, Duane and Beverly moved to Detroit Lakes where he practiced chiropractic medicine until his retirement in 1991.

Duane was known for his successful chiropractic practice and his community service including his service on the Detroit Lakes City Council.  However, Duane was perhaps best known for his dedication to the development of the local airport.  In 1969, he served as the first chairman of the Airport Commission.  He was awarded several aviation honors including the local airport being renamed Detroit Lakes-Becker County-Wething Field in 2001.  He was also named to the Minnesota Aviation Hall of Fame in 2010.

Most recently, Duane was honored with a ceremony acknowledging 65 years of membership in Kiwanis and a lifetime of service to the community of Detroit Lakes.  The mayor presented him with a proclamation declaring December 17, 2019 as Duane “Doc” Wething Day” in Detroit Lakes.

Duane and Beverly were active in the 412 Lakes Chapter and in the AACA since 1991.  Duane served as chapter president for several years.  His 1954 Pontiac Catalina was well known at car club events.  Beverly died in 2012.

To order memorial trees or send flowers to the family in memory of Dr Duane Wething, please visit our flower store.

Services to be held at a later date