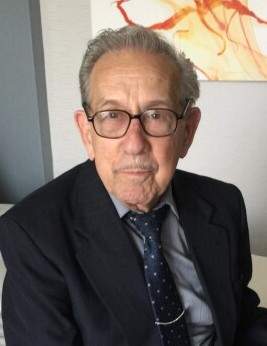 Dovie F. Raye, 85, Passed away Wednesday, March 10, 2021 at his home in Detroit Lakes, MN surrounded by his loving family.

Walk through Visitation will be held on Saturday March 13, 2021 at David Donehower Funeral Home from 5-7 pm with Prayer service at 6:30 pm. Private Family Funeral services will be held Sunday March 14, 2021 at Trinity Lutheran Church with Pastor Jillene Gallatin officiating. Interment will be held at Fort Snelling National Cemetery with military honors presented by the Lake Region Veterans Honor Guards.

Dovie F. Raye was born April 12, 1935 to Curtis and Margie (Simmons) Raye at his grandparent’s home in Thomasville, Alabama. He was raised in Alabama and Lousiana. He joined the U.S. Navy on August 2nd 1951 in Mobile, AL as a fireman recruit. He attained the rank of Boiler Technician Chief (E-7). Following his discharge in 1971, Dovie moved to Detroit Lakes, MN where he married Judith Kyte on February 19th 1981. He retired in 1995 after working at Apple Valley Oil, Grovers, Snappys, and County Market. Dovie enjoyed spending time with his grandchildren, visiting his family in Louisiana, woodworking, gardening, building his log cabin, hunting and growing table dahlias to enter into the Becker County Fair, where he won multiple ribbons. He loved being a part of Trinity Lutheran Church. He enjoyed helping renovate the church and socializing with all this friends.

To order memorial trees or send flowers to the family in memory of Dovie Raye, please visit our flower store.
Open