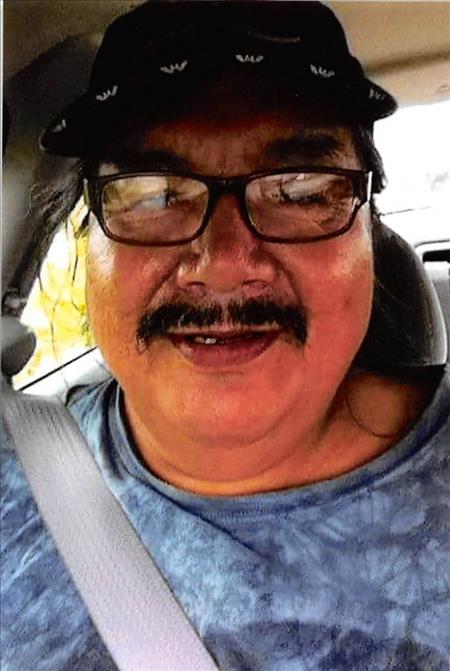 Doug was born on February 20, 1956, to George Sr. and Laura (Butcher) Fineday, in Park Rapids, MN. He was raised at Round Lake and attended school in Park Rapids. In 1973, he moved to Duluth where he attended Central High School. He returned to Round Lake in 1982. Doug worked for the Circle of Life School from 1990-1993 as a custodian. In addition, he worked for R.D.O. and numerous odd jobs.

He enjoyed living off the grid with hunting, fishing, trapping, and ricing. He also liked to camp and being in the outdoors. He was fond of fixing cars and automotive work. He liked spending his time cutting wood. He especially loved spending time with his family and grandchildren. He is survived by his children: Larissa Fineday (grandchildren; Cassidy, Andy, Savannah, Angel and Karissa) of Ponsford, Douglas Fineday Jr. (grandchildren; Douglas Jr. III, Storm, Skylar and Darnel) of Ponsford, Jeanna Fineday (grandchildren; Dayna, Leonard, James, Lillian and Carter) of Strawberry Lake, Dennis James Fineday of Ponsford; three brothers: Lester Fineday of Ponsford, George Fineday Jr. of Red Lake, and Herbert (Mary) Fineday Sr. of Cloquet; three sisters, Everyl Fineday of Strawberry Lake, Nancy (Timmie) Sullivan of Strawberry Lake, and Judith Goodman of Strawberry Lake; the mother of his children; Karen Fineday and many nieces and nephews. He is preceded in death by his parents, George Sr. and Laura; three brothers: Gordon Fineday, J.C. Fineday, and Dennis L. Fineday; a sister, Laurie Hvezda; a granddaughter; Alican and many aunts and uncles.

Continuing until the service

To order memorial trees or send flowers to the family in memory of Douglas Fineday Sr, please visit our flower store.