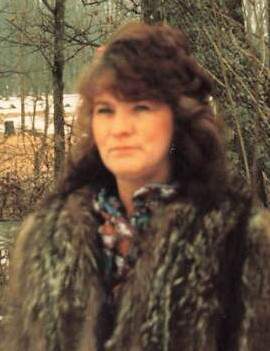 Dorothy Mae Vogt was born November 22, 1945, in Detroit Lakes, Minnesota the daughter of John and Evangeline (Olson) Anderson. She passed away November 28, 2021 at her home in Rochert, Minnesota.

She grew up in the Detroit Lakes area and moved to Texas at age 14 to help care for her brother Jim’s children. On March 17, 1964 she was united in marriage to Norman Vogt. To this union one daughter was born.

Dorothy worked at 3M as a relief operator before returning to the Detroit Lakes area in 1968. She worked as a baker at local bakeries, specializing in wedding cakes. Dorothy and Norman owned and operated Dairy Whirl together and she was the head school cook at Detroit Lakes public schools and Detroit Lake Vo-tech, retiring in 2015.

She enjoyed photography, gardening, cooking and being outdoors. Dorothy shot her first deer in 2020.

To order memorial trees or send flowers to the family in memory of Dorothy Vogt, please visit our flower store.