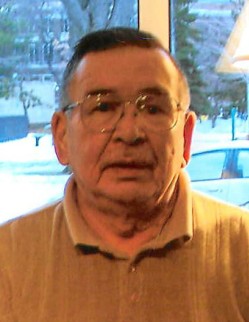 Donovan was born on April 25, 1939, to Edward and Lucille (Bellanger) Smith in White Earth.  As a young man, he moved to Minneapolis with his family.  Donovan was united in marriage to Fern Baukol on September 23, 1983, and the couple had a son, Charles.  He worked as a chemical dependency counselor at American Indian Services before going to work for the Minneapolis Public School District in the Chemical Awareness Program with students K-8.  When the program was discontinued, he returned to American Indian Services as a counselor and house manager until his retirement.  In 2012, he and his family moved to Detroit Lakes to be closer to family.

His passion was painting, working outside in his garden, going for long walks, and helping with daily chores.

He is survived by his wife, Fern Smith; a son, Charles; and many nieces, nephews, and cousins.

He is preceded in death by his parents, Edward and Lucille; a brother, Llewellyn Smith; a sister, Waurine Dooley; and a step-father, Edward Jackson.

To order memorial trees or send flowers to the family in memory of Donovan Smith, please visit our flower store.