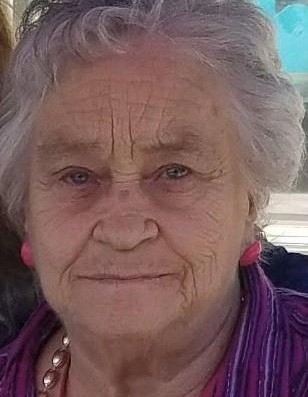 Donna Jean Thompson was born on December 12, 1938 in Perham, MN to Marie (Dodd) and Jack Manning. She attended both church and grade school in Strawberry Lake and then upper grades in Detroit Lakes, MN. Donna loved to sing with several friends, and she was part of the youth group at Strawberry Lake Mennonite Church.

Donna was united in marriage to Donovan Thompson from Canby, OR,  on December 18, 1956. Their relationship began with old-fashioned letter writing. They settled in rural Ogema, MN and they raised their eight children together there. They worked hard, and always did the best they knew how with what was available to them.

Donna is preceded in death by her husband Donovan, his daughter Joyce, her parents, one brother, five sisters, and two great-grandchildren.

To order memorial trees or send flowers to the family in memory of Donna Thompson, please visit our flower store.

Prayer Service and Time of Sharing