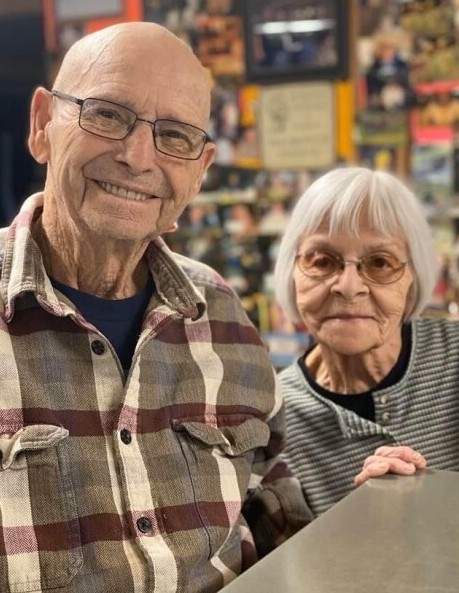 Donald Orville Berry was born February 17, 1931 in Racine Wisconsin, the son of Joseph and Armilla (Gardner) Berry. He passed away October 31, 2021 at the Mahnomen Health Center. Don grew up and attended school in Kenosha Wisconsin. He proudly served his country in the U.S. Navy. Upon his honorable discharge, he returned to Kenosha and took a job with American Motors.

Marcella (Doll) Berry was born August 26, 1936 in White Earth Minnesota, the daughter of Samuel and Margaret (Anderson) McArthur. She passed away October 18, 2021 at the Mahnomen Health Center. Doll grew up in White Earth and attended the Mission School and Waubun School. Following high school, Doll went to Wisconsin for work which is where she met Don, the love of her life.

In July 1956 Don and Doll were united in marriage in Dubuque Iowa. Don worked as a heavy equipment operator building roads and traveled around the upper Midwest with Doll at his side. In the fall of 1960 they purchased McNiff’s bar near Strawberry Lake. They renamed it Berry’s, and it is still Berry’s to this day. In addition to operating the bar, they added several businesses to their resume throughout the years. Doll purchased a building on main street in Ogema and turned it into a successful restaurant called Ogema Café. Not to be outdone, Don purchased a few pieces of heavy equipment which he called Berry’s Excavating, also a successful endeavor which operated throughout northern Minnesota. They managed to operate all 3 businesses throughout the late 1970’s and 80’s. As if they hadn’t enough to do, Don started to dabble with the idea of building a golf course on a piece of property they owned to the north of the bar. That is now what is known as Three Bears Golf Course. In the early 90’s, they closed the bar for a few years and took jobs at the Shooting Star Casino. Each enjoyed their positions very much but decided to reopen Berry’s Bar. As if the bar wasn’t enough work, Don also purchased a tow truck, which was called Berry’s towing which is also still operational. They both were very engaged in the businesses up until the time when their health prohibited them from working.

In their earlier years they enjoyed attending their son’s sporting events. They also enjoyed playing cards with friends, bingo, and just sitting around and visiting with people. Judging from all the businesses they owned I assume they enjoyed their work and their customers more than anything else.

Nam and Pup taught many life lessons to everyone, whether you wanted the lessons or not. They always had an open door for anyone on holidays or family dinners for those with no place to go. They both had a way of making you smile, making things better, spoiling kids, giving you the advice needed and definitely giving you hell if that was what was needed too. Their laughter, jokes, love and feistiness will hold true in many hearts for a long time coming!

The family of Don and Doll Berry would like to thank the Mahnomen Health Care Center for the care provided for our loved ones.

To order memorial trees or send flowers to the family in memory of Don and Doll Berry, please visit our flower store.
Open