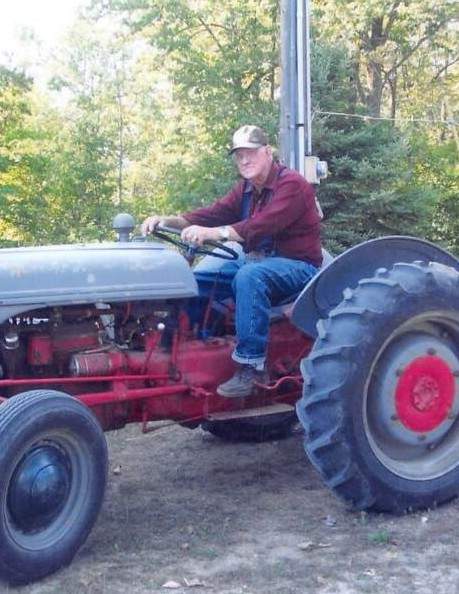 Donald L Gustafson was born to Oscar Albin and Esther Antonia (Ax) Gustafson January 7th, 1930, in Wheaton, MN. He was the youngest of 14 children. Donald loved growing up with his siblings on the family farm hunting for skunks and fishing with his siblings. He attended school in District 39 and Wheaton high school. Donald’s first car was a black, six-cylinder 1929 Chevrolet he bought from his brother, Walter. He belonged to Zion Mission church until confirmed, then Bethlehem Covenant church.

Donald’s first job was building the Wheaton Hospital. At 16, Donald started bartending until owners found out his age one year later. In 1947, while working for Allis Chalmer’s dealer, Donald met JoAnn Gjerde at the corner café in Wheaton, MN, where she worked.

Donald married JoAnn on July 10,1949 and built their first house on the farm in 1950. Donald then worked at the Wheaton lumber yard, grain elevator, and ran two flax yards for flax straw. He also farmed for 3 years on rented land. Donald owned and operated Don’s Bar in Wheaton for 7 years. After selling the bar in 1965, he was self-employed in construction. He would go on to renovate 17 houses and build 2 new houses, approximately building or fixing one a year in Wheaton. Don and JoAnn purchased land around the Strawberry Lake- Ogema area in 1950 and retired there in 1990. Donald loved spending time with his children, grandchildren and great-grandchildren, he was always looking forward to their next visit.

To order memorial trees or send flowers to the family in memory of Donald Gustafson, please visit our flower store.
Open