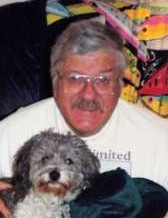 Donald Richard Coder, 81, passed away on Wednesday, March 4, 2020 at Oak Crossing Nursing Home under the care of Hospice of the Red River Valley and surrounded by his family.

Donald Richard Coder was born July 25, 1938, the second of identical twins to Norris and Alpha (Hansen) Coder.  Donald grew up and graduated with honors from Minot High in Minot, North Dakota.  In 1957, Donald attended Air Force base training in California for Radar Maintenance and one year in Biloxi, Mississippi. Donald was assigned to Latuda, Canada to maintain radar and then went on to finish his time in the Air Force stationed in Panama City, Florida. He married Kathleen King in May of 1958. Donald furthered his education and graduated from Minot State University with a degree in Engineering. He was hired by Bell Telephone in Fargo in June 1964 where he held many engineering jobs until his retirement in 1993. During this time, he completed his schooling at Illinois Institute of Technology where he earned his master’s degree. Math and engineering were always important to Donald and he worked to instill that love of engineering into his children.

Fishing with his best friend and wife Kathy (Chummy) since they were in high school, was one of his favorite things to do. He fished three times with Bass Masters as an amateur but most importantly he started (with the fishing club) 15 years of the Phil Coder Memorial Bass Tournament in Lake Lizzie in memory of their son Phil who died from Cystic Fibrosis in 1981

Donald and his wife Kathy spent 17 winters in Laughlin, Nevada until his health started to decline in May 2019.

Deeply loved, Donald’s passing will be mourned by his wife of 60 years Kathy; his children Ted Coder, Roberta (Jack) Benson, Richard (Linda) Coder; his 3 grandchildren, and his siblings Pam, Joyce, and Larry.

Preceded in death by his parents, two sons Kenneth and Philip, his identical twin brother Ron, his brother Norris “Butch” and sister Beverly.

The family would like to thank the staff from the Hospice of the Red River Valley for all the care they provided Donald. Donald’s family appreciated the care that Hospice provided.

To order memorial trees or send flowers to the family in memory of Donald Coder, please visit our flower store.