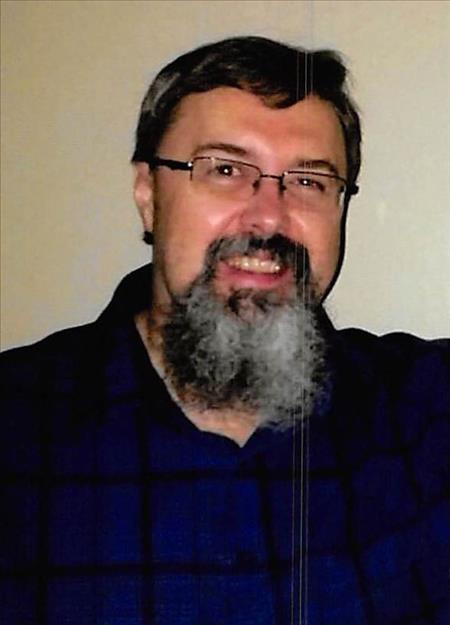 Domagoj (D.J.) Prkic, age 51, of Detroit Lakes, Minnesota, passed away at his home on Friday, April 21, 2017. Visitation for D.J. will be held at David-Donehower Funeral Home on Friday, April 27, 2017 from 5:00 to 8:00 P.M. with a prayer service at 7:30 and the Rosary to follow. A funeral service will be held at a later date. Domagoj (D.J.) Prkic was born March 15, 1966 in Vares, Sarajevo to Vinko and Branislave (Grabovac) Prkic. He came to the United States from Croatia in November 1997. DJ worked at various jobs throughout his life; an interpreter during his first two years in the United States, and a C.N.A. in Pelican Rapids and Breckenridge. He worked at BTD in Detroit Lakes and Alpha Company in Iowa City, Iowa and Williamsburg Manufacturing in Williamsburg, Iowa. He met his life partner, Margie, 8 months after immigrating and they were inseparable. DJ enjoyed electronic and video games, going to the shooting range, his guns and traveling to different areas of the States. He loved American History and he loved music and playing his guitar. He loved to spend time with his family most of all. Domagoj is survived by his life partner of 19 years, Margie Krause of Detroit Lakes, daughter, Sanja Prkic and future son-in-law, Rene Arnecke of Germany, his father, Vinko Prkic of Detroit Lakes, Step-daughter, Chrissie Schild, and step-grandsons; Kendahl, Terrel, and Ethan, all of Fergus Falls. He is preceded in death by his Mother, Branislave Prkic and three grandchildren; Amy, Dominic and Mia.

To order memorial trees or send flowers to the family in memory of Domagoj Prkic, please visit our flower store.