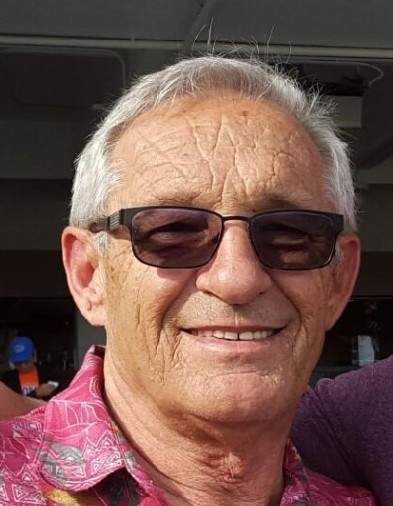 Dennis Kraft, Detroit Lakes MN, passed away in his Fargo home surrounded by family after a year-long battle with lung cancer.

Dennis Bernard Kraft was born on January 30, 1949 to Bernard (Ben) Kraft and Genevieve (Jenny Roehrich) Kraft in Bismarck, ND and lived in Napoleon, ND while growing up.

Dennis graduated from Napoleon High School in 1966. He joined the United States Army on November 7, 1967. He served in the Vietnam War, ironically, as a truck driver hauling supplies. When he returned home after two years in the Army, he married his high school sweetheart and loving wife of 47 years, Kathleen (Schneider) Kraft in Aberdeen, SD, on September 26, 1970. Dennis said that his greatest accomplishments were his two children Dan and Kelly, and his two granddaughters Miranda and Alyssa were his special bonuses.

Trucking was in Dennis’ blood from a very early age. Dennis was writing the contracts for his dad’s truck loads by the age of 12. At 16 years of age, Dennis and his younger brother Duane made their first trip cross country in a semi from North Dakota to Seattle, Washington, long before there were interstate highways. Dennis would rather be trucking than in school, and claims he paid a girl in his class to do his homework while he was gone, only attending high school when he was home. When Dennis returned home from Vietnam he moved to Aberdeen, SD to drive truck for his dad. Dennis bought his own truck in 1970 and the business that was Dennis Kraft Trucking began, lasting for 45 years. Shortly after the birth of their son Dan, Dennis and his family moved to Napoleon in 1971, where the family lived for 8 years while Dennis continued to build his trucking business. Their daughter Kelly arrived in 1976. In 1979, the family moved to Fargo, ND.

Dennis Kraft Trucking became a well-known family business within the trucking industry. What started as a business run out of their home with Dennis on the road much of the time and Kathy dispatching loads from their kitchen table, turned into a successful trucking brokerage. Many family members hauled loads for them long-term throughout the years, including Dennis’ own father, his brother, his brother-in-law, and his cousin. Dennis and Kathy spent more time in the office as the company grew, but Dennis could only be home so long before he would get antsy and need to get back on the road. Their son Dan followed in his dad’s footsteps as soon as he was able, hauling loads for Dennis Kraft Trucking until they retired from the business in May 2015. Their daughter, Kelly, also worked in the office dispatching for 12 years until they retired. The four of them felt blessed to work together all of those years and the business brought them even closer as they worked as a team. At the height of the trucking brokerage, there were 17 trucks being dispatched nationwide. Several of the truck drivers that brokered with Dennis Kraft Trucking stayed with the business for many years, some for as many as 25 years, and Dennis said that it was the good people he worked with that made the business a success. Dennis enjoyed meeting new people and making friends out on the road, and was well liked by many in the trucking industry. He also helped a number of people get started in the trucking business. He always said that he would drive truck for free because to him it was not a job.

Dennis and Kathy bought a house on Long Lake near Detroit Lakes, MN in November 2001, enjoying 16 years of all that lake living has to offer with family and friends. Not only did Dennis work hard, he played just as hard, especially with his two granddaughters who spent as much time at the lake as possible.

In January 2014, they bought a condo in St. Petersburg where they quickly made many friends. Going to Florida in the winter became something that Dennis looked forward to more and more each year. Dennis loved playing pool with his new buddies on a daily basis, swimming in their pool, living near his sister Sandy, and exploring Florida.

Dennis will be remembered for his patience and his generosity, his quick wit and storytelling, and his wacky ability to recall phone numbers and do math in his head. His family will most remember his positivity and how he treated people with kindness and respect. His often-said phrases sum up what he believed in and how he chose to live his life:  “You have to believe in the good in people”; “A bad day is a wasted day”; and “Everyone deserves a second chance”.

He is survived by his wife Kathy, son Dan Kraft of West Fargo, ND, daughter Kelly and her husband Rick Sommerfeld, and their children Miranda and Alyssa of Horace, ND; siblings Sandra Kraft of St. Petersburg, FL, Duane (Regina) Kraft of Mandan, ND, Tim (Marla) Kraft of Wilton, ND, and Shar (Gene) Dukart of Bismarck, ND, as well as many nieces and nephews.

Memorial Services for Dennis will be held Tuesday, September 12 at 2PM in Horace Lutheran Church, Horace, ND.  Visitation will be held one hour prior to services.

To order memorial trees or send flowers to the family in memory of Dennis Kraft, please visit our flower store.