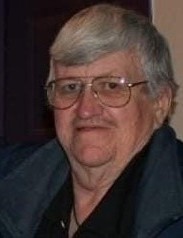 Dennis Johnson, 75, Lake Park, MN, joined his heavenly father on April 3rd, 2020.  He passed away peacefully at his home on the lake.

Dennis was born on March 24, 1945 in Virginia, MN to Kenneth and Lenore Pat Johnson.  He had a deep love for the Iron Range and would visit it frequently throughout his life.

Dennis welcomed his beloved daughter, Tracie Johnson, on November 20th, 1971 and his precious son, Shawn Michael Roe on September 20th, 1983.  He moved several times throughout his life before settling at his home on Leaf Lake.

Dennis surrounded himself with people that loved him and was quick to start a conversation with anyone that was willing to listen.  He had amazing stories and loved his friends and family deeply.

Dennis was a proud member of the National Guard and found a career in the optical ﬁeld.  He retired in 2011 from Walman Optical in Fargo, ND.

To order memorial trees or send flowers to the family in memory of Dennis Johnson, please visit our flower store.