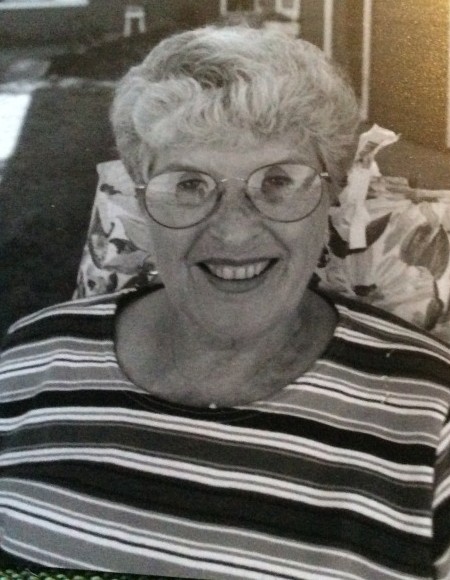 Delores (Swanson) Watson, 88, died January 6, 2018 at Walker Methodist Care Facility in Minneapolis from complications associated with gallstone surgery. She had recently moved from Detroit Lakes, MN to Eden Prairie, MN to be closer to family.

A Memorial Service will be held on Friday, January 12, at 11:00 am in the United Methodist Church in Detroit Lakes. Visitation one hour prior.

Delores was born on February 6, 1929 in Bismarck to Henry and Daisy (Bailey) Swanson, where she graduated from Bismarck High School in 1947. She met Robert Watson in Bismarck and they married on August 21, 1949.

Delores had a creative flare that touched many people in her circle of family and friends. She hand-sewed over 100 quilts in varying colors and patterns that will be treasured by family and friends for years to come. Several of the quilts were award winners earning her Becker County Fair blue ribbons. She also enjoyed collecting jewelry-- some to wear, some for crafts and some just for fun.

Christmas for Delores was a year-round event. She enjoyed collecting ornaments, creating decorations and baking dozens of varieties of cookies. Friends were known to visit at Christmas time primarily to graze in the porch (AKA walk in freezer) where the cookies were stored before coming in to visit. At Christmas, the house was decorated with multiple lit trees oftentimes with themes – all were beautiful!

Delores had many great friends and enjoyed an active life including roller skating, golfing, snowmobiling, and cross-country skiing with the WWWDXC group. She was a charter member of the Wednesday Dinner Group that was started to get her out of the house following a slip on the ice which resulted in a broken leg.

She and Bob enjoyed travel with friends to England, Mexico and Canada. Their most memorable trips were to Florida to enjoy the warm weather and walks on the beach where she had an eagle eye for shells and sharks’ teeth.

Delores was a devoted wife, mother, grandmother and great-grandmother but most memorable of all is that she made all her family feel valued by providing unconditional love.

Delores will be remembered and deeply missed by her four children: Tom (Georgiann), Dick (Teresa), Jim (Dona) and Liz. She is also survived by eight grandchildren and 11 great-grandchildren. She was preceded in death by her husband Bob, parents, sisters Arlene and Evona, and brother-in-law Virgil.

To order memorial trees or send flowers to the family in memory of Delores Watson, please visit our flower store.