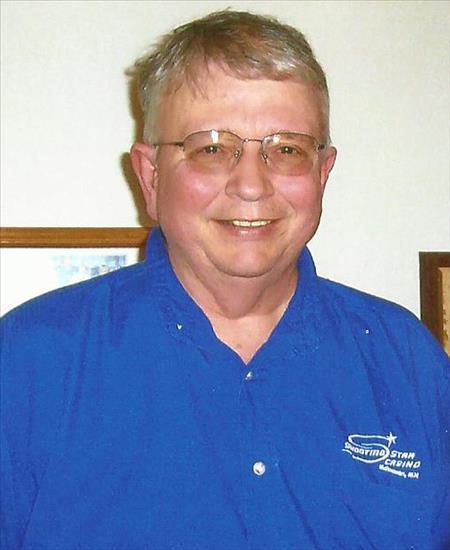 Dean Malvin Pederson was born October 11, 1956 in Detroit Lakes, MN to Malvin and Isabel (Borah) Pederson.  Dean spent his childhood on a dairy and beef farm in Ogema, MN and attended Ogema Elementary and Waubun High School (Class of 1975).  He attended the Detroit Lakes Vocational Technical College for Total Energy and later after the Swift Plant closed in 1992 the Thief River Technical College for Radio Broadcasting with work on further communications courses at Moorhead State University and NDSU. Dean was an avid 4H member and met his future wife as a result of 4H activities.  On March 22, 1975 Dean was united in marriage to Kathryn (Kathy) Anderson at Assumption Catholic Church in Callaway, MN.  Following his Total Energy training Dean and his family moved to Sioux Falls, SD where he worked in the power plant at Western Mall Properties.  When his father experienced ill health he returned and to the Detroit Lakes area and worked for the Swift Processing Plant until the plant closed in May 1992.  That fall he went back to school for radio broadcasting in Thief River Falls.  Dean worked for the local radio KDLM and later for WDAY and KFGO in Fargo, ND.  Dean also dabbled a little in tv production with work at Prairie Public Broadcasting and KXJB Television Studios.  For the past 14 years Dean has been a slot attendant at the Shooting Star Casino. Dean loved all things music and was an avid sports fan.  He favored and attended the Minnesota Twins, The Timberwolves and the Vikings sports games in person.  The only sport he was not able to attend was a hockey game for the MN Wild.  Dean was a lifetime member at the Western MN Steam Threshers Reunion at Rollag and would make sure he took vacation to work the events.  He was most proud to drive his father's tractor that his cousin Bert had restored in the parade of tractors.  Dean was an adult leader for 4H events and attended many events for his children in 4H.  He proudly stated our family was a third generation 4H family. Dean will be forever remembered and missed by his wife of 42 years Kathy, children Michael (Brook) Pederson of Detroit Lakes; Ross (Natasha) Pederson of St. Cloud, MN and Lauren Pederson (Travis Lanoue) of Ogema, MN; a brother Dale Pederson of Ogema and a brother-in-law Ardean (Terri) Anderson; sister-in laws Marlene Anderson (Odie) and Joanne Lubarski (Richard) and his Mother, Isabel Pederson and Mother In Law Agnes Anderson. He is also survived by his greatly loved grandchildren Brandon, Hannah, Bailey, Conner, Nasya, Braxton, Anna and Leo and by many aunts, uncles and nieces and nephews. He is preceded in death by his infant daughter Deanna Kaye, his father Malvin, his father in law Milton, and grandparents, aunts, uncles and cousins.

Visitation continues one hour prior to service starting.

To order memorial trees or send flowers to the family in memory of Dean Pederson, please visit our flower store.