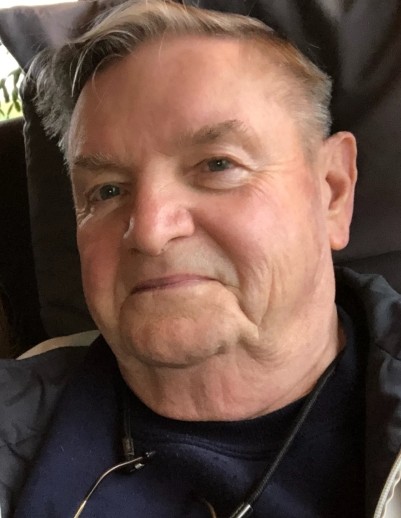 He was born August 27, 1942, in Fairmont, Minnesota, the son of Harold Vigdal and Inez Myking. David graduated in 1960 from Armstrong High School in Armstrong, Iowa. Following graduation, he served with the US Navy from August 25, 1960 to August 19, 1963. David married Nadine Mortimore on September 26, 1964. He graduated from Minnesota State University Mankato. He was employed in Executive Management by several companies, including Fingerhut, CVN, and Genmar. David was employed for 41 years before retiring on June 30, 2006.

David was an avid golfer and spent many hours of his retirement on the golf course. He won several golf awards and hit a hole in one at the Burnt Store Golf & Activity Club, Heron Hole #4 at 116 yards with a 7 wood on 11/2/2010.

With his wife, David had a passion and love for traveling the world. David was actively involved for several years in the Lion’s Club. He enjoyed politics, reading, and following and watching sports - especially the Minnesota Vikings.

David was a devoted husband, father, and grandfather. He is survived by his wife of 55 years, Nadine. Surviving in addition to his wife are his son, David Vigdal Jr and his wife, Cheri, of Becker; Daughters, Lisa Belehar and her husband Randy, of Detroit Lakes; Tanya Hagen, of Detroit Lakes; Teresa Christopherson and her husband Dan, of Litchfield; Nine grandchildren, Kendra Vigdal, Austin Vigdal, Akyra Hagen, Hunter Hagen, Spencer Hagen, Amy Berube, Sara Winter, Kari Meyer, and Ashley Ginter; one sister, Silvia Sullivan; one brother Arnold Cody; and many other family and friends.

The family is requesting you join them in fellowship at the Event 34 following services.  Event 34 is located at 28068 MN-34, Detroit Lakes, MN. Interment to follow after fellowship.

To order memorial trees or send flowers to the family in memory of David Vigdal, please visit our flower store.