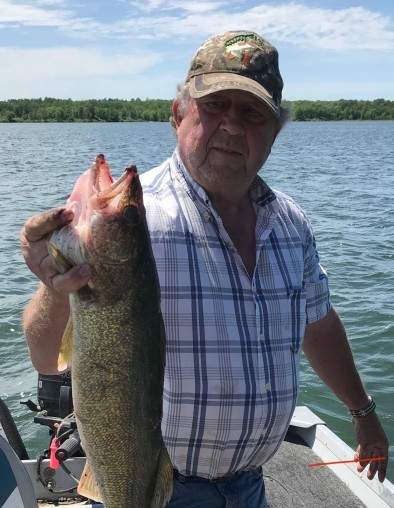 David Arthur Stearns (a.k.a. Crocker) 68, died from complications due to Influenza A /pneumonia at Sanford Hospital in Fargo, ND on April 20, 2020. David was born August 25, 1951 in Detroit Lakes, MN to   Earl and Margaret (Vizenor) Stearns.

Dave graduated from Frazee High School, class of 1969. In 1974 Dave married Kathleen (Jacobson) Stearns. They celebrated 46 wonderful years of marriage. Dave worked at American Crystal Sugar in Moorhead, then later retired in 2012. He had a love for the outdoors and spent many hours enjoying nature while he was cutting wood. Dave loved spending time with his family, taking his grandchildren hunting and fishing, and teaching them the art of gardening, canning pickles, and making sauerkraut. Dave enjoyed spending time with his friends, neighbors, and family and he also hosted a weekly card party every Saturday night.

Dave will be dearly missed by all his family and friends. A celebration of life will be planned on a future date.

To order memorial trees or send flowers to the family in memory of David Stearns, please visit our flower store.

A Celebration of Life will be held in the spring