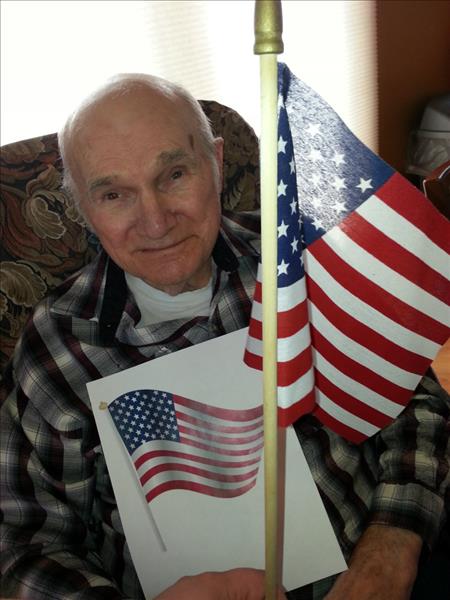 David Melvin "Trapper Dave" Hagen, age 80, of Detroit Lakes, Minnesota, passed away on Monday, September 26, 2016, at Diamond Willow Assisted Living in Detroit Lakes. A funeral service will be at 2:00 pm on Thursday, September 29, 2016, at David Donehower Funeral Home in Detroit Lakes. The visitation will begin one hour prior to the service. The interment will be at noon on Friday, September 30, 2016, at the Minnesota State Veteran's Cemetery at Camp Ripley in Little Falls. David was born on February 13, 1936, to Melvin and Viola (Leudke) Hagen in Granite Falls, MN; where he grew up and attended school. After school, he rode the rails out West with his brother where they worked to send money back home. David joined the U.S. Army after finding out that his brother had been drafted. He went to basic training in Louisiana and was later stationed in Alaska where he built radar installations. Upon his return, he moved to Minneapolis where he met Leona Wozniak, whom he married on October 26, 1968, in Watertown, SD. Together they raised their son, Mark. David worked for the union for Northern States Power, where he retired from in 1991. They finally settled in Detroit Lakes in 1999, to be close to their son and family. In retirement, David enjoyed travel and was fond of the Western United States. He was an avid outdoorsman, who liked to hunt, fish, and especially trap. He was a social man who enjoyed talking to anybody willing to listen. He is survived by his wife of 47 years, Leona; a son, Mark Hagen of Detroit Lakes; two brothers, Danny Hagen of Granite Falls, and Delano Hagen of Sartell; two sisters, Dorothy Pettiford of Minneapolis, and Dawn Anderson of Renville; three grandchildren, Akyra, Hunter, and Spencer; and numerous nieces and nephews. He is preceded in death by his parents, Melvin and Viola; two brothers, Dale and Douglas; and a sister, Dianna Nordang. Memorials preferred to: The Alzheimer's Association, P.O. Box 96011, Washington, DC 20090-6011, www.alz.org; or to The Hospice of the Red River Valley, Attention: Development Office, 1701 38th Street S Ste 101, Fargo, ND 58103-4499, http://www.hrrv.org/giving/memorial-and-tribute-gifts/

To order memorial trees or send flowers to the family in memory of David Hagen, please visit our flower store.