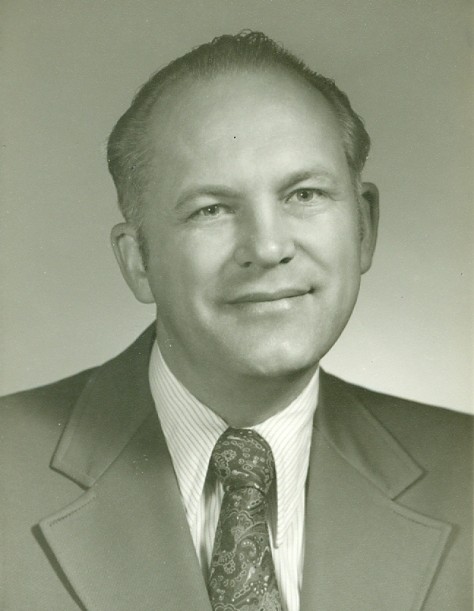 David John Fihn, age 87, was born to Luther John and Ruth Fihn of Halstad, MN.  Thirteen years later they moved to Braham, MN where he graduated in the class of 1951.  He attended the University of Minnesota and completed dental school there in 1957.  That summer he worked one last time as waterfront director at Tomahawk Scout Reservation. It was there he met his future wife and best friend, Shirley, who was the camp nurse.  He entered the U.S. Army in August and he and Shirley were married on October 5, 1957.  They spent the next 3 years living in Munich, Germany, where he was a Captain at the 2nd Field Hospital.  Every bit of leave was used for travel in Europe, including Scandinavia and Russia.  A son, Mark, was born in 1959.

Returning to Minnesota in 1960, a daughter, Lisa, was born and he chose Detroit Lakes to establish a dental practice.  A partner, Don Steinmetz, joined him in 1973.  He was the long-time secretary of the Northwestern District Dental Society and practiced until injuries from an accident forced his retirement in December of 2001. He later joined the staff of the dental hygiene school at Moorhead Tech.

David was active in the community, serving as chairman of the school board, chairman of the board of directors of the Pelican River Watershed, and as a member of the Northern Lights Scout Council.  He was proud to have achieved the rank of Eagle Scout and counseled many scouts as they worked on their merit badges.  He was awarded with several of Scouting’s recognition awards over the years.  He supported his daughter’s gymnastic achievements by donating safer equipment to the program in the early years.  He was a faithful member of Trinity Lutheran Church and, until his health began to decline, was an active participant in activities there.

Rotary International was a very big passion in his life.  He served as president of the Detroit Lakes Noon Rotary Club and as Governor of District 5580, comprised of three states and part of Ontario, Canada.  He chaired the District’s Polio Plus Drive and raised money in each community during his year as Governor.  He coordinated Rotary’s flood relief efforts in the Red River Valley’s great flood of 1998.  He was a beloved mentor to numerous AFS and Rotary Scholars as they prepared to travel abroad.  Seventeen times he and Shirley traveled overseas to Rotary dental clinics in refugee camps and impoverished areas.  They stayed 4-6 weeks each time to volunteer their skills to those in need.  He received many of Rotary’s highest awards and honors over the years.

He was a staunch conservationist, planting and caring for thousands of trees on his tree farm near Vergas.  During his youth, he made many trips to the Boundary Waters in his salvaged Old Towne Canoe.  He subsequently built 2 wood strip canoes and he and his son, with a small group, paddled 650 miles from International Falls to Hudson Bay.  He took his family camping and canoeing, teaching them the importance of “leaving no footprint”.

David was preceded in death by his parents and only brother, Richard.  He passed from this earth at Ecumen, Detroit Lakes, on May 13, 2020, under the care of Hospice, surrounded by loving family.  David is survived by his wife Shirley; son Mark (Cheryl) Fihn of Temple, TX; daughter Lisa (Pat) Whorrall of Bozeman, MT; six grandchildren: Ian Whorrall, Caitlin Malmstrom, Tiela Michalec, Annika Fihn, Kaia Fihn, and Eliah Fihn; sister-in-law Donna Toso; and niece Loreli Westby.  In lieu of flowers, donations to The Rotary Foundation, Northern Lights Council, or Hospice of the Red River Valley would be appreciated.

A memorial website celebrating David’s life is available, and will be regularly updated in the coming days.  A private family service will be conducted at Trinity Lutheran Church on May 23, 2020.  A public memorial service will be announced in the future. David-Donehower Funeral Home is serving the family.

To order memorial trees or send flowers to the family in memory of David Fihn, please visit our flower store.