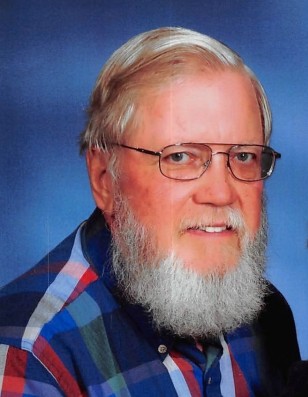 Visitation will be from 5:00 – 7:00 PM Friday with a Knights of Columbus Rosary at 6:30 PM and Parish Vigil at 7:00 PM at David-Donehower Funeral Home.  The visitation will continue at the church 1 hour prior to the Mass on Saturday.

David Allen Birchem was born March 1, 1940 in Sisseton, SD to Victor and Hazel (O’Brien) Birchem.  He was raised on a farm near Sisseton and is a 1958 graduate of St. Francis Academy in Hankinson, ND. Following graduation, Dave attended Dakota Business College in Fargo, ND.  Dave married his high school sweetheart, Norma Schiltz, August 9, 1960 in Hankinson.  They moved to Grand Forks where Dave was the bookkeeper for a gas station.  He worked as a compliance officer for the U. S. Department of Labor from 1961 – 1995, living in a number of communities.  They moved to Detroit Lakes, MN in 1995 where he was active with the Mahube Tax Assistance Program; the 412 Lakes Classic Car Club, Holy Rosary Catholic Church, the Holy Rosary Council, Knights of Columbus and the Lets Go Fishing Program.

Dave and Norma were also well known for their road trips in their Ford Model A, having gone to Kansas, Colorado and Iowa among other places.

He was preceded in death by two sons, Scott and Christopher and three sisters, Jane Birchem, Dorothy Birchem and Rachel Retterath.

To order memorial trees or send flowers to the family in memory of David Birchem, please visit our flower store.
Open