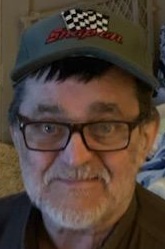 Darrell Allan Bakke was born June 20, 1953 to Norman and MayBell (Sandberg) Bakke in Detroit Lakes, MN.  He lived in Detroit Lakes for a majority of his life but had lived in various towns and states for periods of time through his adventures.  In 1983, Darrell married his first and only wife Dorothy DeGroat in Anoka, MN where they departed ways a couple years later.  During that time, Darrell fathered four children.  After several years of enjoying his independence and single life, he decided to settle down back at home to take care of his mother.   His mother was a big influence on his life and he cherished her even after death by tending to her home, his siblings, burial site, and garden.  As the only son of twelve children, some would say he was a “mama’s boy”.  Darrell joined his mother’s journey on March 3, 2021 in the very home in which she raised him.

Darrell was a hard-working man that thought highly of everyone he loved especially his family and cats.  His favorite pass time was hanging out with his friends and grandchildren, doing various odd jobs/projects, fishing, and gardening.  He liked a wide range of music including anything from country, to rock, to polka and cared deeply for his feline companions ZeZe and Kelly.  He was a jack of all trades and prided himself as a “DIY’ type of guy.

Services for Darrell will be held as he requested on the weekend of his birthday June 20, 2021.

He is preceded in death by his grandparents, parents and a sister, Corrine Harkness and a great nephew.

To order memorial trees or send flowers to the family in memory of Darrell Bakke, please visit our flower store.