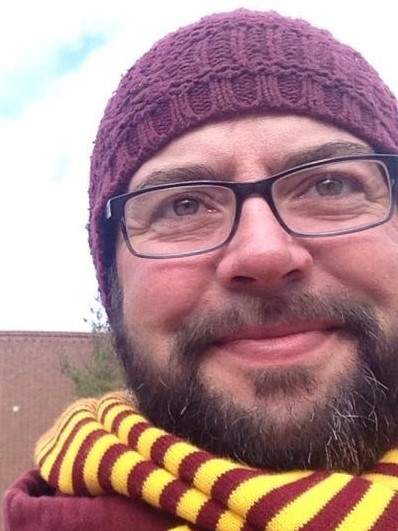 Dana B. Mjoness, 46, died unexpectedly in his home December 17, 2019, from diabetic complications. He was born October 6, 1973, in Fargo, the son of Don and Margaret (Andersen) Mjoness.

Growing up, Dana attended schools in the F-M area. He played hockey, and he remained passionate about the sport throughout his life – especially his beloved U of M Golden Gophers and Minnesota Wild. After earning his GED, he worked at Courtney’s Comedy Club in Moorhead. This also suited him, as he loved comedy and always wanted to make people laugh.

He next worked for Tiffany Company, where he met his first wife, Sarah Grandbois, in 1996. They were engaged in 2000 and married in 2001 at Meadows Country Club in Moorhead. The couple lived in Fargo, and Dana worked in the mortgage industry.

His daughter Madison was born in 2002, and his son Dane was born in 2004. He loved them more than anything and was so proud of them. He often said, “If I get nothing else right, at least I helped raise two amazing kids.”

Shortly after Madison was born, he decided to switch careers. He had a lifelong passion for golf, and in 2004 he became an assistant at Rose Creek. In 2006, he was hired at Maple River Golf Club in Mapleton, ND, where he worked as the golf professional and general manager until 2015.

Dana and Sarah divorced in 2011, and in 2014 he married Meghan Perry. They adopted two rescue dogs and made a home in West Fargo until 2017.

Throughout his adult life, Dana battled health issues such as diabetes, as well as depression and anxiety. His life was moving in a positive direction when he started working as the bar manager at the Holiday Inn in Detroit Lakes in 2019.

Dana will be remembered for many reasons: his love for his family, his sense of humor, his intelligence, and his kind heart only scratch the surface of who he was, and he touched many lives.

He was preceded in death by his grandparents; his father, Don Mjoness; and his stepmother, Pat Mjoness. Survivors include his wife, Meghan Perry, Detroit Lakes; his daughter, Madison, and his son, Dane, Fargo; his first wife and mother of his children, Sarah (Grandbois) Mjoness, Fargo; his mother, Margaret (Andersen) Mjoness, Dubuque, IA; his sister, Melany (Doug) Dolter, Dubuque, IA; his stepbrother, Kirk (Natalie) Lowman, Fargo; and two stepsisters, Kelly (Todd Martens) Lowman, Moorhead; and Kathy (Nate) Oland, Owatonna, MN; as well as many nieces and nephews.

A service of remembrance and celebration of life will be held at 5 p.m. Monday, Dec. 30, at the American Legion, 303 30th St. N., Moorhead. Arrangements by David-Donehower Funeral & Cremation Services, 609 US Hwy 10 E., Detroit Lakes.

To order memorial trees or send flowers to the family in memory of Dana Mjoness, please visit our flower store.