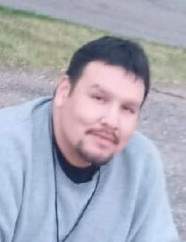 Craig Steven “Moose” Jackson Jr was born on November 13, 1983, in Detroit Lakes, MN to Craig Jackson Sr and Bonnie Fairbanks. He was raised in White Earth by his grandmother Grace and went to school at Circle of Life Academy. He also went to carpentry school in Waubun. Moose was baptized at St. Columba Episcopal Church in White Earth in 1984.

Moose worked various jobs throughout his life. He was currently working at White Earth Business Products in the shipping and receiving department prior to his   passing. He was also a natural mechanic and would help fix cars, snowmobiles and hooking up stereo systems. He was well known in the area for his “Bumping”, you could hear the music bumping in the car and hear he was coming. He had a great smile that would light up a room. He always made sure everyone was good and thought of others before himself. He loved spending time with his family and friends and helping his grandmother Grace.

Moose will be greatly missed by his family, friends, and co-workers. They are comforted by knowing he found his higher power “GOD”    before his passing and know he is in heaven watching over everyone and bumping with the angels.

To order memorial trees or send flowers to the family in memory of Craig "Moose" Jackson Jr, please visit our flower store.